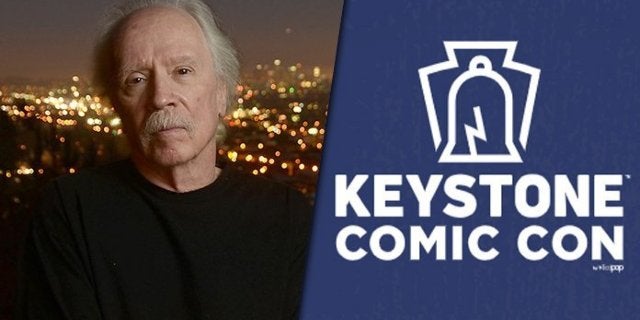 For more than 40 years, filmmaker John Carpenter has delivered audiences compelling stories, earning him a massive and well-deserved fan base. While Carpenter hasn’t been as active behind the camera as he was in the prime of his career, he still keeps quite busy, spending large amounts of his time focusing on music. Carpenter has not only released three albums in recent years, two of which consist of all-new material, but also has toured the world, often hosting meet-and-greets ahead of his performances. The horror icon is making a rare convention appearance at the upcoming Keystone Comic Con, allowing him the exciting opportunity to connect with his fans.

“The fans are just really nice people,” Carpenter shared with ComicBook.com about attending the event. “It’s just great to get out of the Hollywood mindset, and see what the folks are up to, what they are thinking, what’s going on.”

Fans of the filmmaker take drastic measures to honor Carpenter, which includes tattoos or dressing up as many of the iconic characters he has created. With Carpenter known for not spending time reflecting on his own career, one would think that level of devotion could be overwhelming for him to think about, but he appreciates the many tributes.

“I’m flattered by it all. That’s all great. It’s just fantastic,” the filmmaker shared. “And you can’t knock it. I just can’t.”

Learn more about the event below.

Per press release, “ReedPOP, the world’s largest producer of pop culture events, is crafting an incredible experience that will represent the ultimate experience for fans to immerse themselves in the very best of pop culture, right in the heart of Downtown Philadelphia. Keystone Comic Con allows fans to discover new comics and original artwork, meet today’s hottest celebrities and artists, shop the show floor packed with geeky gear and form new friendships! It truly is a show for the FANS – and one that Philly is proud to call its own.”

Do you hope the filmmaker attends more conventions? Let us know in the comments below!