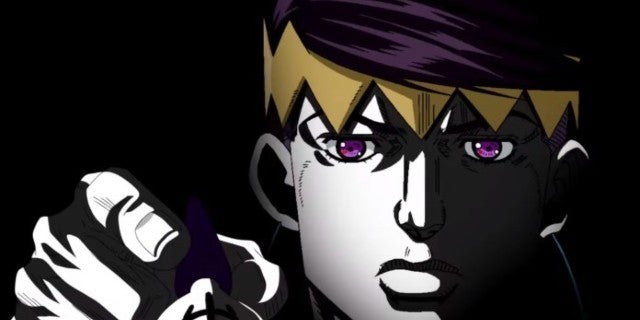 The official JoJo’s Bizarre Adventure website has announced two new OVA anime specials for Thus Spoke Kishibe Rohan are currently in the works based on the “Zange-shitsu” and “The Run” stories in the original spin-off manga.

The two OVA specials will debut in nine screenings across various dates in Japan between December and March. Each screening will include a bonus segment with Takahiro Sakurai, the voice behind Rohan. There are currently no details as to the staff or cast for the two new episodes, but it is presumed they will be produced by David Production — who produced the first two episodes of the OVA specials along with the JoJo’s Bizarre Adventure anime series.

Based on the Thus Spoke Kishibe Rohan one-shots from original series creator Hirohiko Araki, this spin-off focuses on Diamond is Unbreakable standout Kishibe Rohan and is adventures to study locations and people for his work. The most recent release, The Run (which will be getting adapted for one of the specials) debuted in 2018.

This comes as a surprise for many fans hoping to see the Golden Wind spin-off, Purple Haze Feedback, get an anime OVA special instead, but that doesn’t mean it’s off the table. It’s, in fact, the opposite as this shows that David Production can revisit any spin-off from the series at any time!

JoJo’s Bizarre Adventure was originally created by Hirohiko Araki for Shueisha’s Weekly Shonen Jump in 1987, and is one of the longest running series in the magazine overall. It follows the story of the Joestar family, who are each destined to take down various supernatural enemies. The series has been split up into eight parts, with each part following a different generation of the Joestar family. The series has sold over 100 million copies, and has been licensed for an English language release by Viz Media. The series has spawned multiple anime, video games, toys, and even jewelry. The series currently has an anime adaptation that initially began in 2012, and now has run for over 100 episodes spanning the first five major arcs of the series.