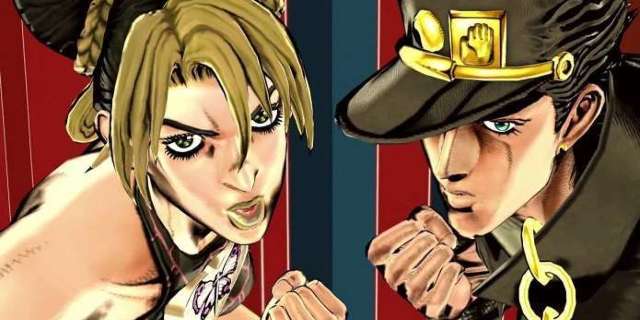 With the fifth season of JoJo’s Bizarre Adventure having wrapped up the adventures of Giorno Giovanna and his Stand, Golden Wind, followers are clamoring for any information concerning affirmation of an anime for the subsequent huge story arc, Stone Ocean. The sixth season would, presumably, following Jotaro Kujo’s daughter, Jolyne, as she makes an attempt to clear her title whereas battling Stands inside a Florida most safety jail. Though we’ve not heard any information but about Jolyne’s arrival to the world of anime, that is not stopping followers from creating some wonderful fan artwork to unfold the phrase!

Reddit User SwampyJox shared this wonderful fan artwork that takes each Jolyne and considered one of her greatest supporting solid members, Ermes Costello, and offers them a shade of the 90s, though the 12 months they have been dwelling in was far into the 2000s:

Jolyne acts as the primary feminine protagonist within the franchise that focuses on the Joestar bloodline. Even although she’s the daughter of the protagonist of Stardust Crusaders, the wielder of Stone Free has a rocky relationship with her father and the 2 have barely had an element in a single anothers lives. Though with Stone Free, the occasions of the sixth story arc in JoJo’s Bizarre Adventure place them on a collision course whereby father and daughter must set their variations apart to be able to fight a brand new villain with an previous twist.

Jolyne’s Stand is as distinctive as her trend sense, permitting each the Stand and the wielder to rework themselves right into a collection of lethal and helpful strings. Even although she is trapped in a most safety jail, the assaults on her life from Enemy Stands come quick and livid because the lengthy useless Dio Brando has enacted a plan to take revenge in opposition to the bloodline that was accountable for his final demise.

What do you consider this wonderful fan artwork for JoJo’s Bizarre Adventure: Stone Ocean? Feel free to tell us within the feedback or hit me up straight on Twitter @EVComedy to speak all issues comics, anime, and JoJo!