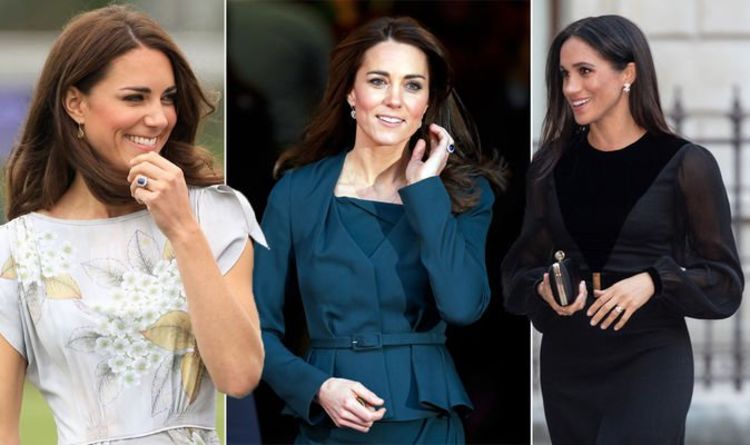 Kate Middleton is part of the Royal Family and has been since marrying Prince William in April 2011. They have three children together, Prince George, six, Princess Charlotte, four, and Prince Louis, one. When William proposed, he used the engagement ring which his father, Prince Charles, used to propose to his mother, Princess Diana. However, this ring might never have been given to Kate if it wasn’t for her brother-in-law, Prince Harry, 34.

How much did the ring cost?

Kate’s sapphire engagement ring was originally bought for Princess Diana in 1981 before she married Prince Charles.

However, the ring actually belonged to Prince Harry which means he could have been saving it for his future wife.

Harry has been married to Meghan Markle since 19 May 2018 and they tied the knot at a ceremony at Windsor Castle.

He proposed with a custom-made ring which was designed by Prince Harry using diamonds from his mother’s collection.

However, when Harry and William were mourning the death of their mother in 1997, they both chose a memento from Diana’s possession, according to the 2017 Amazon Prime documentary “The Diana Story”.

Speaking in the programme, Paul Burrell explained when they were choosing what they would like, William opted for Diana’s Cartier watch which she had got for her 21st birthday.

Prince Harry asked for Princess Diana’s engagement ring and was in possession of it until William proposed to Kate.

Speaking of William’s plans to propose, Paul said: “Harry said to him: ‘Wouldn’t it be fitting if she had mummy’s ring?’

“Then one day that ring will be sat on the throne of England. Harry gave up his precious treasure. His one thing he kept from his mother, he gave to his brother.

“That’s selfless, kind, and exactly who Diana was.”

If Prince Harry had kept hold of the ring, he could have used it to give to his future wife, Meghan.

Kate and Meghan have both married into the Royal Family but a key sign revealed their different takes to royal life.

According to her star sign, the Duchess of Cambridge is likely to take a traditional and responsible approach to being a royal.

Meghan’s sign suggests she is more likely to be passionate when performing her royal duties.