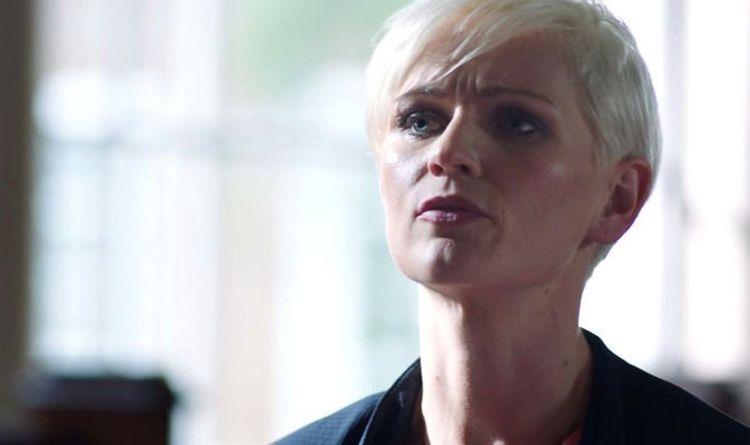 Keeping Faith season two has a strong cast of Welsh talent but one person has become a firm fan favourite – Cerys Jones (played by Hannah Daniel), the bleach blonde law firm colleague of Faith Howells (Eve Myles). Hannah Daniel may be familiar to ‘Welsh noir’ fans from her role in Hinterland along with recent appearances in Holby City and EastEnders on the BBC. Keeping Faith fans can read on to find out what else have you seen her in and who she is. Express.co.uk has all the details – read on to find out more.

Her first TV role came in 2005 when she was cast in a BBC drama titled Dad.

In this elder abuse drama, she played the granddaughter of the lead character, played by The Good Life’s Richard Briers.

In the next few years, she starred in Casualty and Welsh drama Pen Talar and also worked as a presenter on S4C show Y Garej.

Her first recurring role, however, came in 2011 when she had a main role in Welsh school drama Gwaith/Cartref.

Although this was her breakout role to Welsh audiences, another drama from Wales brought her to the attention of British audiences.

In 2013, she was one of the leads of ‘Welsh noir’ Hinterlands, where she played DS Sian Owen for three series.

Like Keeping Faith, Hinterlands was filmed simultaneously in English and in Welsh.

The year after finishing Hinterland, Daniel joined the cast of Keeping Faith.

Since becoming a fan favourite character of Keeping Faith, Daniel has began appearing on a number of BBC soaps.

In the 2018 season of Holby City, she played Leah Faulkner, a larger-than-life young nurse.

Speaking to Daily Star about her character’s entrance into the show, she said: “Leah has gone in like a whirlwind in there, she’s very adaptable as a character.”

In August 2019, she appeared not only in Keeping Faith season two but also in EastEnders.

In the long-running BBC soap, she played DCI Morgan, the police officer charged with investigating the attack on Phil Mitchell.