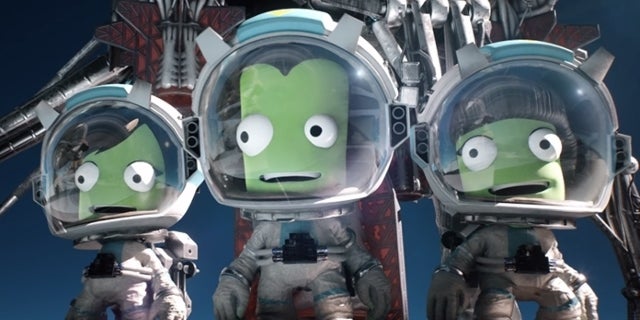 It has been eight years since the wildly popular Kerbal Space Program was released, allowing players to have a blast with a bit of space flight simulation. That said, Gamescom has been providing fans with plenty to get excited about, and while a lot of the spotlight has been placed on the likes of Marvel’s Avengers or the Norman Reedus peeing simulator. Jokes aside, a very real thing that was announced is Kerbal Space Program 2, which is the highly anticipated sequel to 2011’s hit title, and while it isn’t due until next year, the time to get excited is now.

“With the original Kerbal Space Program having become one of the most beloved games of all time and now bigger than ever, Kerbal Space Program 2 has been fully redesigned from the ground up to meet the demands of modern and next-generation space exploration, all while maintaining the monumental foundations of the first game,” reads the game’s website. “Build a space program, construct powerful spacecraft, design resource-gathering colonies, and much more to uncover the secrets of the galaxy. A plethora of exciting new features will captivate veteran and returning players, as well as usher in a whole new wave of Kerbonauts to the ingenious and comedic world that has entertained millions of players.

“Kerbal Space Program 2 will create a whole new generation of space flight experts who will find themselves accidentally learning rocket science. New animated tutorials, improved UI, and fully revamped assembly and flight instructions allow both experienced and novice players to quickly put their creativity to the test without sacrificing any of the challenge from the original game.

“In Kerbal Space Program 2, the astoundingly inventive creations that KSP is known for will be taken to a whole new level. Players will be delighted and challenged by next-generation engines, parts, fuel, and much more. This new tech will not just create novel puzzles for players to solve, but will also enable new feats of space exploration within and beyond the original Kerbolar System.”

The upcoming sequel is being handled by Star Theory and Private Division and will be arriving at some point in 2020. Unfortunately, a specific release date has not been disclosed as of yet, but we do know that it will be coming to PC, PlayStation 4, and Xbox One at the very least.

What do you think about all of this? Are you excited to get your space flight simulation on in Kerbal Space Program 2? Sound off in the comment section below, or feel free to hit me up over on Twitter @anarkE7!