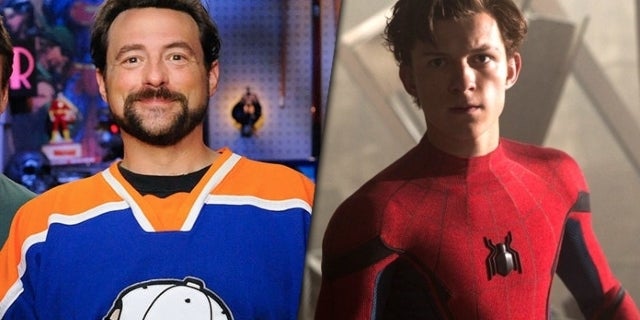 If you haven’t heard,fan-favorite filmmaker Kevin Smith is just like you or I. He loves geek culture just as much as the rest of us and offers his opinion on most things involving superhero cinema, including speaking out on the red-hot Sony and Marvel talk. Shortly have reports surfaced saying the Sony and Marvel Spider-Man deal was on the way to the trash can, Smith begged Sony to let Marvel use the web-slinger for some time longer.

“Just stop it! Please Sony Pictures – give Disney what they want and millions of us will keep giving you our money!” the Jay and Silent Bob helmer tweeted. He then tagged FatMan Beyond cohost Marc Bernardin in the tweet, pointing out it was sure to be a topic on their next episode of the geek culture podcast.

NOOOOOOOOOOOOOOOOOO!!!!!!!! Just stop it! Please, @SonyPictures – give @Disney what they want and many millions of us will keep giving you our money! Hey, @marcbernardin! Guess what we’ll be talking about tonight at @SVCantina (after we dish @MastersOfficial)? #FatManBeyond https://t.co/ALoOkpVrm1

According to trade reports, Sony and Marvel — or rather, parent company Walt Disney Studios — came to an impasse when Disney chief Bob Iger wanted more involvement in the financing and rewards of the Spider-Man films. As the deal stands, now Sony finances the entire production and receives 95 percent of the box office gross while Marvel is dealt full creative control and five percent first-dollar gross, meaning the Disney-owned company was making money from the time the first ticket was sold. The Deadline report also suggested Marvel Studios boss Kevin Feige wanted his hand in producing other Spidey spin-offs for Sony, including the likes of Venom 2 and Morbius.

Sources have confirmed with ComicBook.com negotiations are still ongoing, though odds appear slim both sides come to an agreement.

If Spidey doesn’t return to the MCU, what spin-offs would you like to see in the Sony Universe of Marvel Characters? Let us know your thoughts in the comments below or by tweeting me at @AdamBarnhardt!