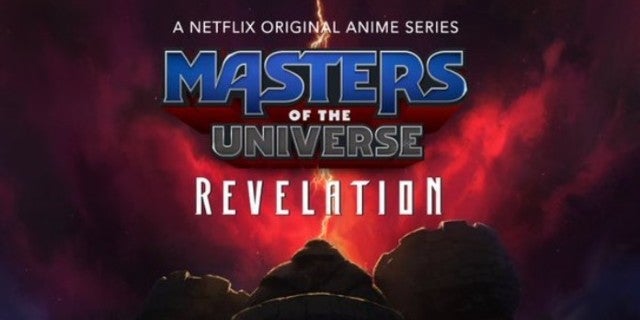 The He-Man and the Masters of the Universe…universe has seen a big revival in the last few years with the most prominent example being a new series highlighting She-Ra on Netflix. It seems that Netflix is going to do the same for the main star of the series, He-Man, by pushing a new one forward as part of its major anime licensing, production, and distribution initiative.

Announced during the Power-Con 2019, Kevin Smith will be heading up a new He-Man anime series for Netflix and act as showrunner for the newly announced Masters of the Universe: Revelation. Details are still coming as of this writing, but the first visual has been shown off and you can find it below.

Get ready for Masters of the Universe: Revelation, an animated @netflix show from @ThatKevinSmith that will pick up where the 80s show left off! #MOTU pic.twitter.com/enQyRjGDjs

According to Netflix’s press release, Masters of the Universe: Revelation will be a new series picking up from where the original 80s animated series had left off. Resolving those older storylines, the series is being produced by Mattel Television with Rob David, VP of Mattel TV and author of He-Man: the Eternity War, serving as an executive producer on the series.

Smith will serve as showrunner and executive producer, and feature Eric Carrasco (Supergirl), Tim Sheridan (Reign of the Supermen), Diya Mishra (Magic the Gathering) and Marc Bernardin (Alphas) as writers. The series will be animated by Powerhouse Animation, the studio behind the new Castlevania series too.

There were rumblings that Kevin Smith was working on a “nostalgic IP” ever since he announced that he was involved with one, but was coy on what that actually was. But Smith had this to say about the series’ official announcement, “I’m Eternia-ly grateful to Mattel TV and Netflix for entrusting me with not only the secrets of Grayskull, but also their entire Universe. In Revelation, we pick up right where the classic era left off to tell an epic tale of what may be the final battle between He-Man and Skeletor! Brought to life with the most metal character designs Powerhouse Animation can contain in the frame, this is the Masters of the Universe story you always wanted to see as a kid!”