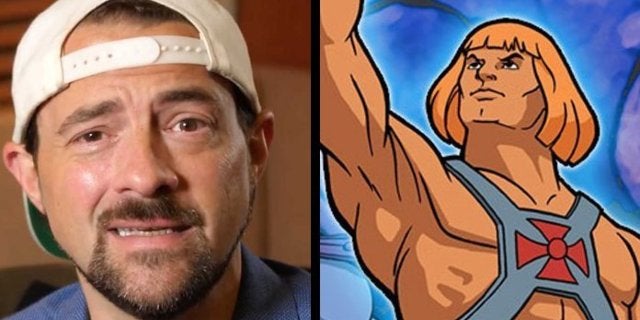 He-Man is ready to rise up from his slumber for a special Netflix revival. This past weekend, fans were informed Netflix is developing an ‘anime’ adaptation of He-Man with creator Kevin Smith in tow, and the filmmaker is promising fans he won’t mess up the franchise’s legacy with this animated series.

Taking to Twitter, Smith reached out to fans with a clever message. The director made a joke about his work on He-Man all while reassuring fans this adaptation will not be a stinker. Well, Stinkor rather…

“By the Power of Grayskull! I have to shower! No – I mean I have the flour! Myah! One more try: I HAVE THE POWER! Thank you Mattel and Netflix for letting my [sic] play in your Universe! I promise: this will not be a Stinkor,” Smith wrote.

By the Power of Grayskull! I have to shower! No – I mean I have the flour! Myah! One more try: I HAVE THE POWER! Thank you @Mattel and @netflix for letting my play in your Universe! I promise: this will not be a Stinkor! #MOTU https://t.co/ysDy5N8c39

Of course, fans of He-Man will appreciate the last pun there. Smith wants audiences to know his take on the franchise won’t stink, and he used a clever reference to get the message across and show how well he knows He-Man already. After all, Stinkor is a baddie from the Masters of the Universe franchise who is known as the Evil Master of Odors. The character is a humanoid skunk who can immobilize foes with a powerful stench made from his body. Hopefully, Smith will make Stinkor show up in his animated series as he would be joined by lots of fan-favorites. After all, the first synopsis for He-Man breaks down a few returning characters who longtime fans will be glad to hear about!

“A radical return to Eternia, Revelation is a direct sequel series to the classic era of Masters of the Universe. Featuring fan favorites He-Man, Orko, Cringer, and Man-At-Arms, the story pits our heroic warriors and guardians of Castle Grayskull against Skeletor, Evil-Lyn, Beast Man and the vile legions of Snake Mountain,” the synopsis reads”

“But after a ferocious final battle forever fractures Eternia, it’s up to Teela to solve the myster of the missing Sword of Power in a race against time to prevent the end of the Universe! Her journey will uncover the secrets of Grayskull at last. This is the epic He-Man and the Master of the Universe saga fans have waited 35 years to see!”

So, do you have faith in Smith to deliver on this series? Let me know in the comments or hit me up on Twitter @MeganPetersCB to talk all things comics and anime!