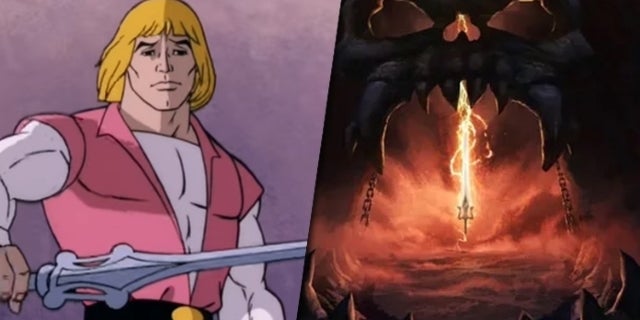 Cult classic filmmaker Kevin Smith is showrunning a new Master of the Universe series on Netflix and it’s official synopsis promises a good time for fans of the original show. Announced at Power-Con earlier today, Smith’s show is set to be a direct continuation of the classic 80s cartoon of the same name. The show’s full synopsis can be found below.

“A radical return to Eternia, Revelation is a direct sequel series to the classic era of Masters of the Universe. Featuring fan favorites He-Man, Orko, Cringer, and Man-At-Arms, the story pits our heroic warriors and guardians of Castle Grayskull against Skeletor, Evil-Lyn, Beast Man and the vile legions of Snake Mountain!

But after a ferocious final battle forever fractures Eternia, it’s up to Teela to solve the myster of the missing Sword of Power in a race against time to prevent the end of the Universe! Her journey will uncover the secrets of Grayskull at last. This is the epic He-Man and the Master of the Universe saga fans have waited 35 years to see!”

As of no, it’s unclear if the show will end up tying into Netflix‘s She-Ra and the Princesses of Power or if the two will remain two completely separate entities. In a statement released by Netflix and Mattel, Smith teased the same promises of the synopsis, saying the show is something fans have wanted for decades.

“I’m Eternia-ly grateful to Mattel TV and Netflix for entrusting me with not only the secrets of Grayskull, but also their entire Universe.” Smith said in an official statement. “In Revelation, we pick up right where the classic era left off to tell an epic tale of what may be the final battle between He-Man and Skeletor! Brought to life with the most metal character designs Powerhouse Animation can contain in the frame, this is the Masters of the Universe story you always wanted to see as a kid!”

The show is currently being billed as an anime, with Netflix dumping millions into the genre through both licensing and original content deals.

Master of the Universe Revelation has yet to set a release date. Were you surprised to see a new Masters of the Universe show pop up? What do you hope to see in it? Let us know your thoughts in the comments.