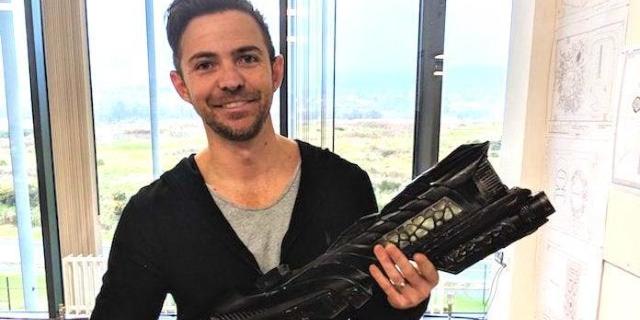 About two days after its initial cancellation, Krypton showrunner Cameron Welsh released a brief statement via Twitter, thanking fans for their support and lamenting the loss of the series, which had become a critical darling in its second season and has already spawned a hashtag and petition to “Save Krypton.” Welsh, who had been in the middle of a move when the news broke, had been social media-silent since Friday, when it was announced that SYFY would not pick up a third season of Krypton and that the network was no longer pursuing the planned Lobo crossover series with star Emmett Scanlan (Constantine, Guardians of the Galaxy).

In the statement, which you can see below, Welsh thanks a number of key players in the cast and crew, but leaves out Wallis Day, who played Nyssa-Vex on the show. After having it pointed out to him, Welsh felt so bad that he created a brief Wallis Day appreciation thread, complete with photos and recollections from the set. “Truth is, anyone who knows Wallis knows she was the life of the Krypton party. Always radiating joy,” he wrote in part. “A truly beautiful soul that I will miss spending time with. All my moments with Wallis are my favorites!”

My thoughts on #Krypton’s cancellation… pic.twitter.com/xV6fmZzpIf

“Everybody working on the production was aware of the contribution they were making to the legacy of the multiverse’s greatest hero, and I hope — whether we get the chance to add to it further or not — that what we offered up will be looked upon fondly. And that the mythology of the Man of Steel’s home-world feels deeper and richer now,” Welsh wrote in the statement above. “For a kid who grew up running around the backyard with red undies over his pants, it’s easy to see how life changing it was for me to be given opportunity to add to the legacy created by Jerry Siegel and Jos Shuster and enriched further by contributions from the likes of John Byrne, Dan Jurgens, Mark Waid, Wayne Boring, Curt Swan, Neal Adams, Richard Donner, Geoff Johns, etc., but the truth is, the most life-changing aspect of working on Krypton has been the friendships that were developed.”

Krypton ran for two seasons on Syfy. While it looks for a new home, the first season can be found on the DC Universe app and the second season can be purchase from video on demand providers like Vudu and Amazon, or streamed for free on Syfy’s website.