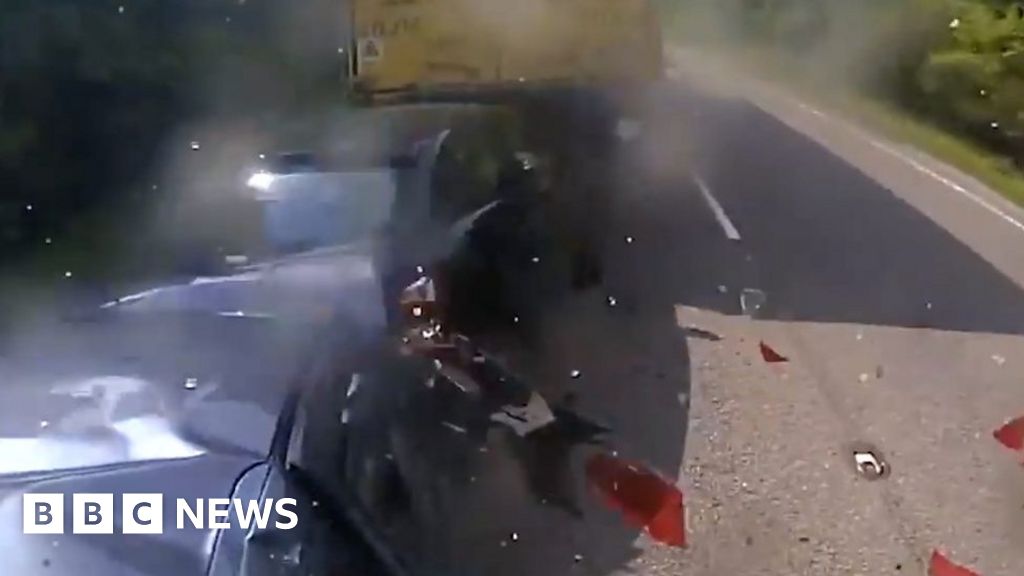 A lorry driver has been jailed for 18 months after smashing into a queue of stationary traffic.

Dashcam footage launched by Nottinghamshire Police exhibits David Price driving into traffic on the A17 close to Newark on 8 June 2018.

The driver of a Renault Clio – a University of Leeds pupil – suffered a fractured arm, again, neck and damaged ribs, in addition to a bleed on the mind.

Due to the extent of her accidents, she needed to withdraw from college.

Police mentioned the driver of the Audi pictured within the footage, additionally “suffered significant injuries”.

Price, 65, of Chapel Lane in Manby, Lincolnshire, was sentenced at Nottingham Crown Court on 7 November after admitting inflicting severe harm by harmful driving.

Police mentioned the footage was launched with the settlement of the victims “as a warning to drivers to pay attention when behind the wheel”.