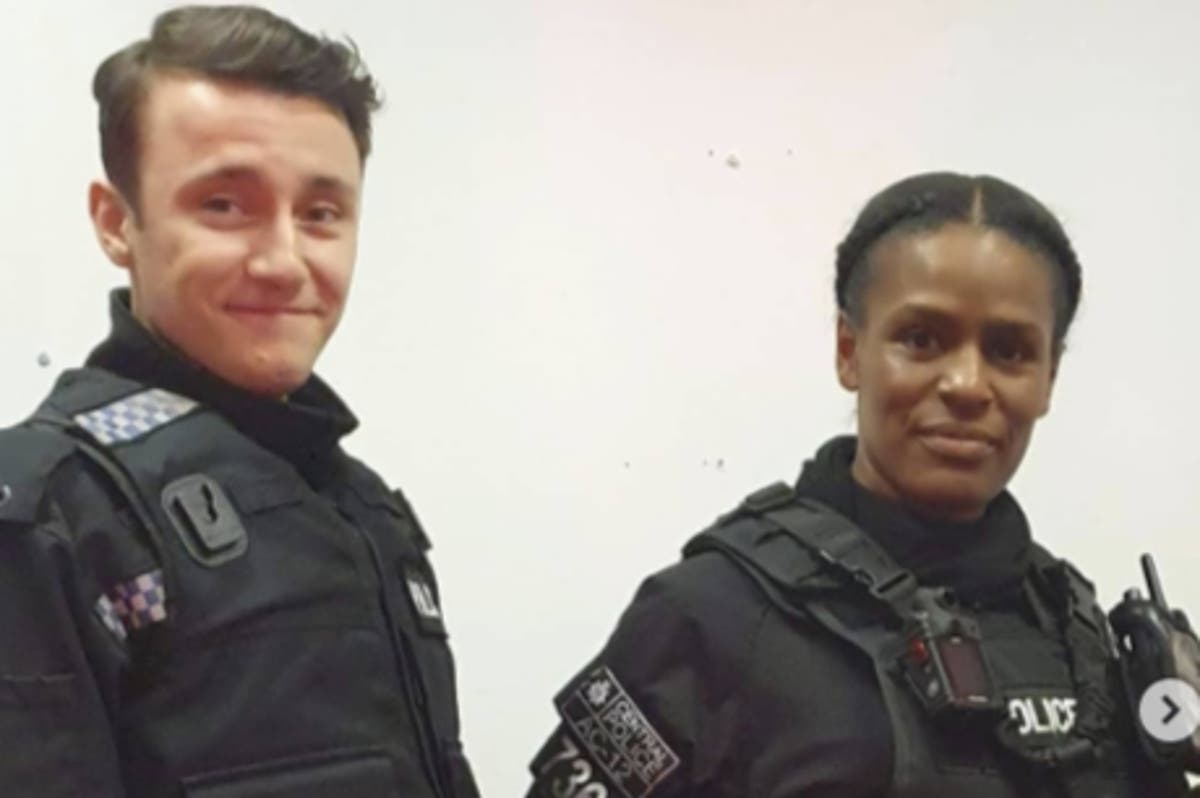 The young boy was walking home from school in Beckenham when two men on foot, and another in a car, attempted to abduct him, Sherise Blackman, a Line of Duty actor, said.

Ms Blackman, who played cop Ruby Jones in the smash-hit BBC series, said the two men chased her son into a local park but he ran to a basketball court and was helped by two teenagers who protected him.

Speaking to the Standard, Ms Blackman said it had been a terrifying experience for her son.

“My son got off a bus he usually takes around where he lives. He normally gets off and walks like 200 yards home but the bus was on diversion so it took him to Croydon Road,” she said.

“He got off there because he recognised where he was and knew he was not far from home.”

Ms Blackman said that after the bus drove off, a black van pulled into the bus stop and the occupant asked her son where he was going.

“He did say ‘I’m going home’ and the man then said ‘hop in, I’ll give you a ride’ at which point my son was like that’s not normal and he kind of started to hop foot it away.”

What then ensued was a harrowing ordeal for the young schoolboy, as two men appeared and began following him.

Ms Blackman said that her son was moving “quite quickly” and running away.

As he ran, he looked behind him and saw the men still following him so he ran into Croydon Road Recreation Ground in an attempt to seek help.

“He saw the basketball court and saw two teenage boys playing basketball and he ran in there behind them,” said Ms Blackman.

“The two men then followed him into the tennis court and said to the teenage boys ‘oh he’s with us’ at which point he [Ms Blackman’s son] said ‘I don’t know them.”

The mother said the two teens blocked the entrance to the court and told the boy to run home.

“When he ran into that court and those two boys were there, he thought they would protect me and they did,” she said. “I would love to know who they were just to thank them.”

“Once he got home, he was really shaken up, really scared. He told me and my husband what happened and we immediately called the police.”

On Friday, Ms Blackman reported the incident to the police and was told that they would visit their home on Sunday, May 2.

What ensued was an interaction that left Ms Blackman “very dissatisfied”.

“They were asking questions like ‘have you got any issues with other boys’ and ‘do you have beef with other kids’,” she recalled.

“I could see where they were going with this and I was like no it wasn’t that. My son is a very smart little boy – he sensed danger. But they were trying to fob it off.”

Ms Blackman said that following the conversation, they were told no investigation could take place as a crime had not been committed.

“They made my son go through the whole rigmarole of explaining it and the poor thing was really nervous, only to say a crime hasn’t actually been committed,” she said.

“They said they’ll let the local area departments know and if anything happens again they can look into it.”

In a statement released on Tuesday afternoon, the Met Police said they were investigating the incident, while admitting their initial response was “not sufficient”.

Superintendent Andy Brittain, from the South Area Basic Command Unit (BCU), which covers Bromley borough, said: “I fully acknowledge our initial response was not sufficient given the extremely worrying circumstances of this incident.

“The matter was reviewed and detectives are carrying out further investigation which remains ongoing. CCTV of the area is currently being reviewed to identify any possible suspects. Detectives have been in touch with the boy’s parents to update them on the investigation so far, and will continue to keep them informed of any developments.

“I want to reassure the boy’s parents and the wider community that this incident is being fully investigated to establish the full circumstances of what happened.”

Superintendent Brittain added: “I would also appeal to anyone who witnessed this incident to come forward and speak to officers, especially the two men playing tennis that the victim approached for help.”

There have been no arrests at this time and enquiries continue, led by the South Area Command Unit CID.

Ms Blackman said while her son is safe, she is keen to raise awareness of the incident.

“There are children actually in the local area and surrounding boroughs who are missing and I feel a responsibility because he could’ve been taken,” she said.

“If he didn’t run, if he didn’t think on his feet it could’ve been far worse and there are parents out there who need to know we need to keep a close eye on our kids.”

Anyone who has information that could assist police, or who saw the victim pursued by two males, should call police on 101 quoting reference Cad 5322/30Apr.

A number of children have gone missing across the capital in the last month.

Renae Goode-Garrett, 14, went missing from Bexley on April 22 while Rashaan Williams, 16, from the Southwark area has been missing since April 25.

Scotland Yard said the child was approached by a man who spoke to him over a garden wall at an address in Clarence Avenue, Balham.

The boy ran back inside the house in south-west London and alerted his mother after the man said he had sweets and drinks in his van.

Detective Sergeant Mark Pascall said of the Balham incident that such attempts were “very rare and in this instance the boy was not harmed at all”.

“Nonetheless, I completely understand the concern it has caused both the boy’s family and the community, and can assure local people that we are taking this incident very seriously.”