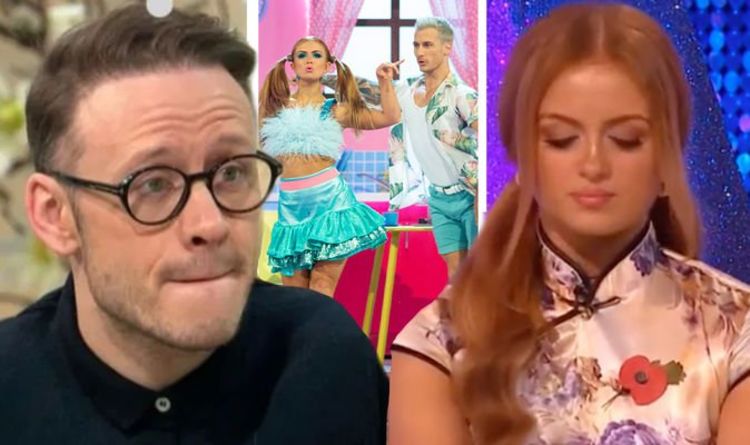 Maisie Smith and her pro partner Gorka Marquez found themselves in the Strictly Come Dancing dance-off on Saturday night, up against latest evictees Max George and Dianne Buswell. With many fans wondering how the 19-year-old didn’t secure the votes to save her from the bottom two, Kevin Clifton jumped to her defence after revealing some members of public believed she was too “cocky”.

Live tweeting throughout the show, Kevin was shocked when Maisie and Gorka were called into the dance-off.

“Maisie in the dance off,” he updated his followers alongside a surprised face.

A fan replied: “I don’t understand why every year the public are bitchy. And say they don’t like someone as a person.

“It isn’t a personality contest. It is a dancing contest. I for one love #Strictly. Nerves etc can make people come across as awkward.”

“But the Cha Cha, it’s a very tricky dance, especially for the females with the heels, you know?”

Gorka added: “In the Samba, you can do shimmies or in the Jive, you can do lots of kicks and flicks – you can get away with it.

“In the Cha Cha, there’s a lot of straight legs but you have to bend them and keep those legs sharp but then, you have to move the body!”