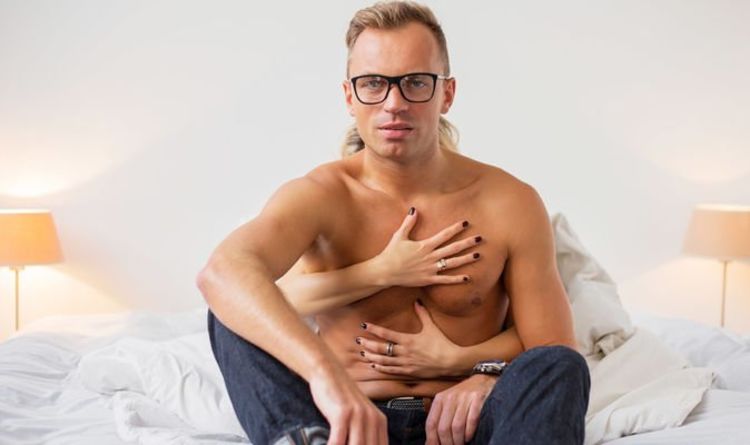 However, in the throes of passion nearly a quarter of glasses wearers admit they never know whether to keep their specs on or off. Keeping them on can lead to steamy, broken, wonky or lost glasses – with 15 percent saying they are most likely to fall off during the missionary position. Unsurprisingly, the shower was voted the worst place to try and get frisky with your specs on. But taking them off means 16 percent can’t see their lover’s face, 14 percent end up awkwardly fumbling blindly and nearly a fifth are unable to find them again afterwards.

Commissioned by online contact lenses retailer, Vision Direct, the research found a quarter feel more attractive without their glasses on but struggle during the act because they can’t see what they are doing.

A spokesman for Vision Direct said: “This is something that’s a real point of contention for millions of glasses wearers.

“Those who are lucky enough to have perfect vision, count your lucky stars it’s not something you have to deal with – although wearing contact lenses might help for those in need of glasses.

“There’s no right or wrong answer as to whether it’s best to go for ‘specs sex’, as long as you’re comfortable then do whatever you feel is right.”

Almost half of the 2,000 British glasses wearers polled have had an embarrassing mishap due to keeping their specs on in the bedroom.

Four in 10 have experienced them flying off in the middle of the session, and the same amount have found their lenses steamed over.

Another third saw their precious specs fall down the side of the bed and had to awkwardly retrieve them afterwards.

It also emerged a fifth of glasses wearers have been asked to remove their specs before getting down to it.

Although the same amount have slept with someone who found their glasses to be a real turn-on.

One in 10 claims to have permanently lost a pair of glasses after a particularly vigorous session, according to the OnePoll research.

While 11 percent have also had sex with their spectacles off – so they could fantasise their lover was someone else entirely.

Vision Direct’s spokesman added: “As our results show, not being able to see everything during sex isn’t necessarily always bad news.

“As long as you can see more or less what you’re doing, slightly obscured eyesight when making love can have its benefits.

“However, safety comes first – so if your eyesight’s so bad you’re likely to end up falling off the bed, it’s probably best to keep them on or explore the possibility of getting contact lenses.”