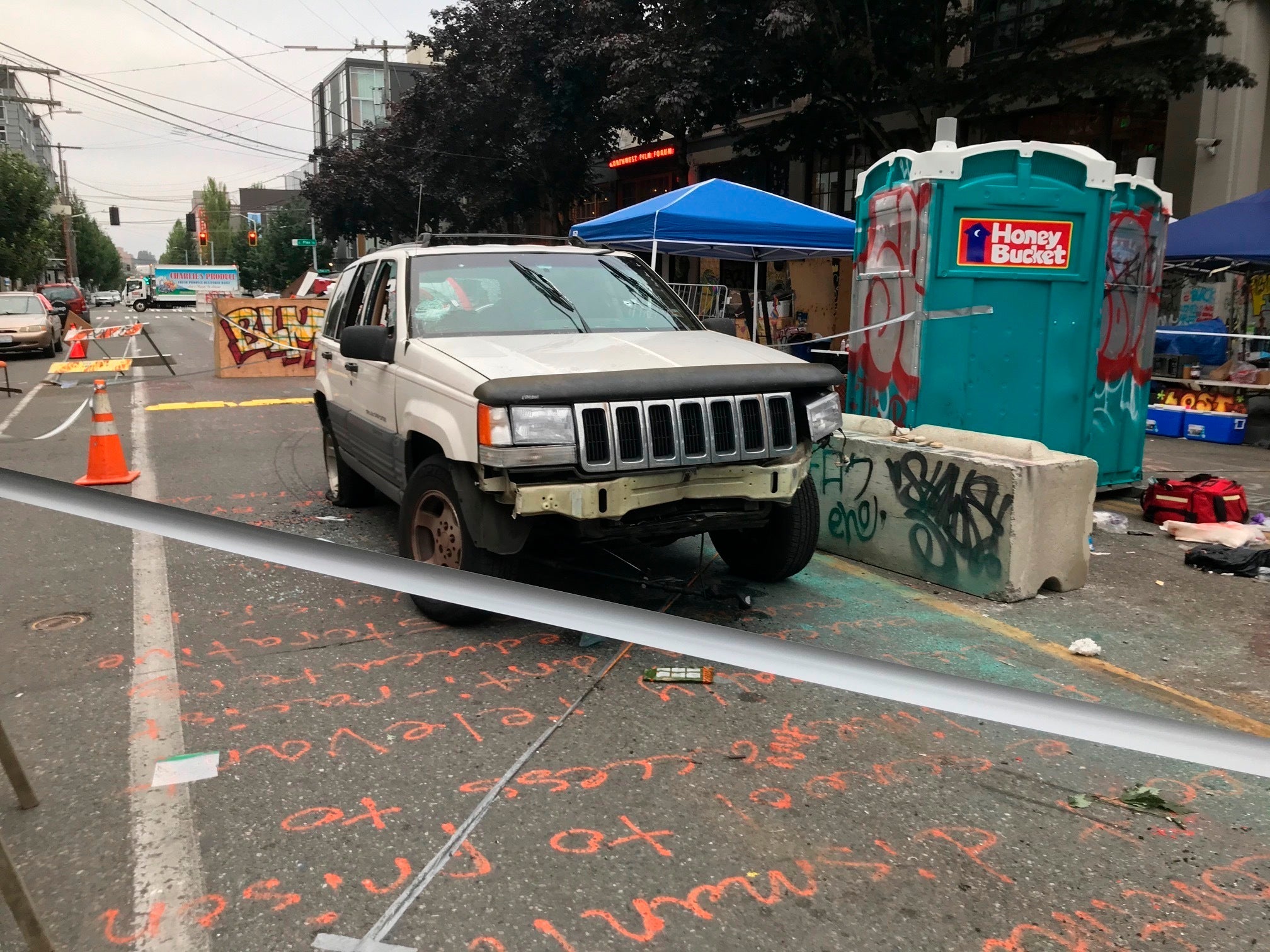 One man was killed and another wounded early on Monday in Seattle’s “occupied” protest zone.

It is the second deadly shooting in just 10 days in the Capitol Hill Autonomous Zone, known as CHAZ or CHOP.

Police said the shooting happened before dawn in the Capitol Hill neighbourhood, where many protests have taken place in the wake of George Floyd‘s death.

Harbourview Medical Centre said one wounded man was brought to the hospital in a private vehicle at about 3.15am, according to The Seattle Times.

The second was brought by Seattle Fire Department medics about 15 minutes later.

The hospital said one man died and the other was in critical condition. Seattle police did not immediately release more information about the shooting.

Demonstrators have occupied several blocks around the Seattle Police Department’s East Precinct and a park for about two weeks after police abandoned the precinct following standoffs and clashes with protesters calling for racial justice and an end to police brutality.

Nearby businesses and property owners filed a US federal lawsuit against the city on Wednesday for its tolerance of the zone, saying officials had been complicit in depriving them of their rights to their property.

The businesses said they did not intend to undermine the anti-police-brutality or Black Lives Matter messaging of the protest.

But they said they had limited access to their businesses, and sometimes have been threatened for photographing protesters in public areas or for cleaning graffiti off their storefronts.