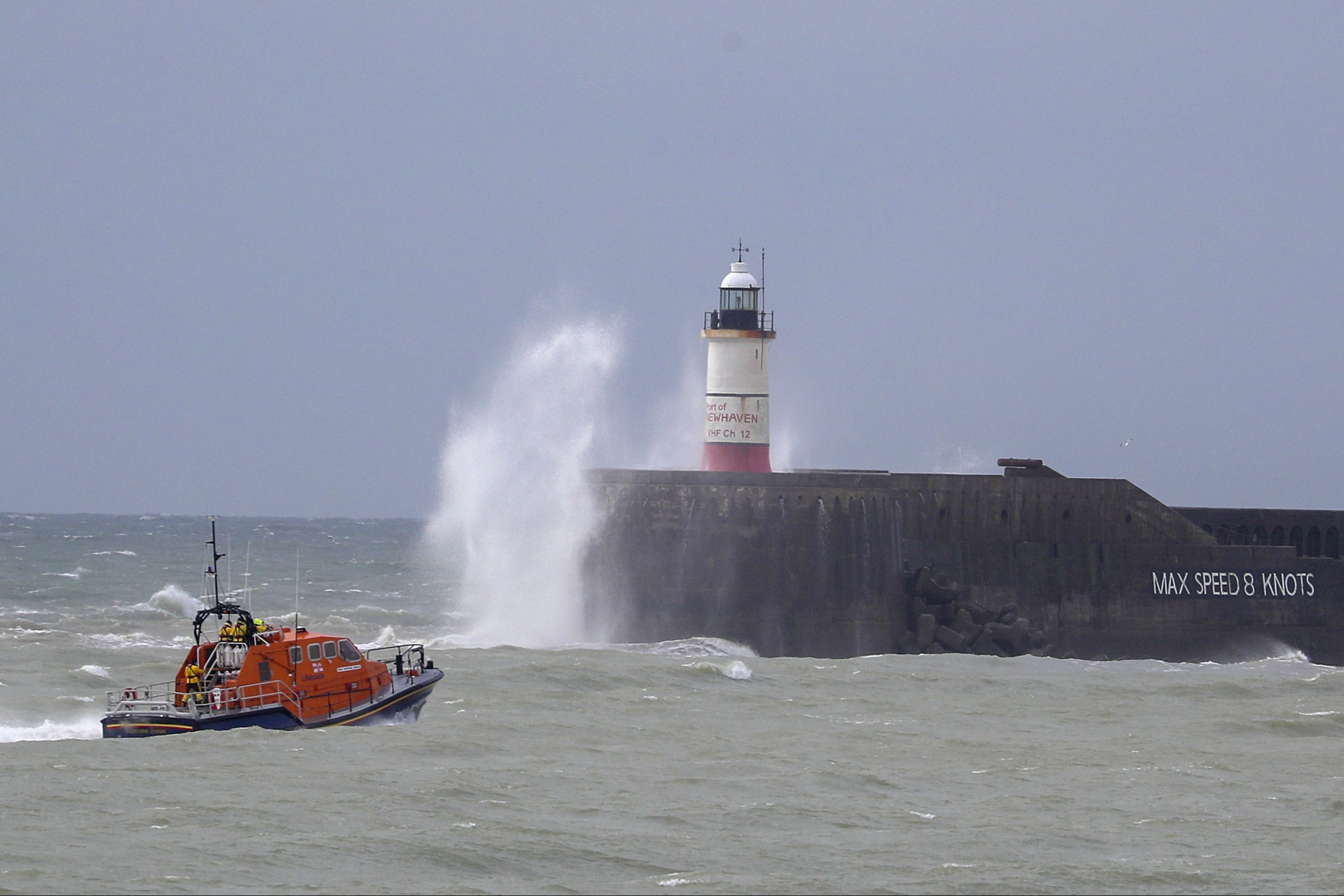 ne man has been rescued and emergency services are urgently looking for two missing crewmen after a fishing boat sank off the coast of East Sussex.

An EPIRB distress beacon from a fishing vessel called the Joanna C, was sent to HM Coastguard at around 6am on Saturday. Three people were onboard the boat when it sank.

A rescue helicopter based at Lydd, Kent, was deployed along with two RNLI lifeboats based in Newhaven and Eastbourne to try and find the missing boat.

At 10.30am, HM Coastguard said a man was found clinging to a lifebuoy by the Newhaven RNLI lifeboat. He was then taken to hospital.

The Joanna C’s distress signal put the vessel three nautical miles off the coast of Seaford, near Newhaven.

As well as the RNLI lifeboats, the Birling Gap Coastguard Rescue Team is checking for sightings from the shore.

Another fishing vessel close to the area is helping with the search, while the Coastguard rescue helicopter based in the Solent has been deployed to relieve the Kent-based aircraft.

HM Coastguard controller Piers Stanbury said: “Thankfully one of the three people on board at the time of sinking has been pulled out of the water and brought to shore by the Newhaven RNLI lifeboat but the intensive air and sea search for the two missing crew continues.

“Debris has been located close to the location of the EPIRB alert location but no life raft has been found as yet.”

The Joanna C is a 45ft scalloping vessel registered in Brixham, said the Coastguard.