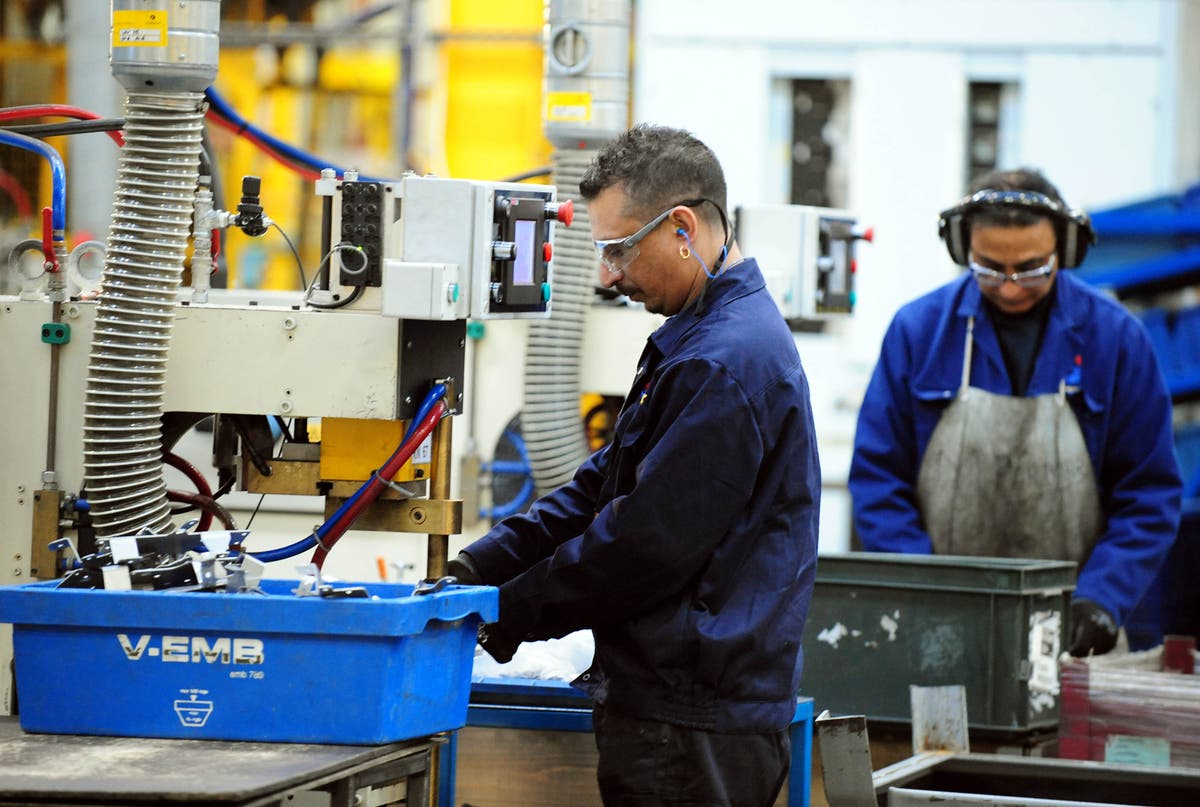 he UK’s manufacturing sector hit growth speeds not seen in nearly 27 years as the post-Covid recovery gathered pace, according to new data.

The closely-followed IHS Markit/CIPS Purchasing Managers’ Index (PMI) hit a score of 60.9 in April – anything above 50 is seen as a sector in growth – beating 58.9 in March.

Respondents to the monthly survey said they have seen output growth due to the loosening of lockdown restrictions, improved demand and rising backlogs of work.

It means manufacturing in the UK has growth for 11 months in a row.

Consumer goods manufacturers performed strongest as retailers, pubs, restaurants and the leisure sector increased orders following the reopening of parts of the economy.

Improved global conditions also contributed, with international orders growing too, although this was weak in comparison with domestic business.

Larger manufacturers benefited most from international orders compared to smaller sized firms, suggesting the complexities around post-Brexit ordering are being resolved at the biggest businesses.

The outlook for the sector remained positive with two thirds of respondents believing output will be higher in a year’s time. Only 4% believe the sector will contract, leaving overall confidence at a seven-year high.

But there were signs that inflation is also on the rise, with average selling prices rising at the fastest pace since records started in November 1999, the survey found.

Rob Dobson, director at IHS Markit, which compiles the survey, said: “Further loosening of Covid-19 restrictions at home and abroad led to another marked growth spurt at UK factories.

“The outlook for the sector is also increasingly positive, with two thirds of manufacturers expecting output to be higher in one year’s time.”

But he warned: “The sector also remains beset by supply-chain issues and rising inflationary pressures.

“The resulting input shortages kept producer price inflation among the highest over the past four years.

“Manufacturers have generally passed on these costs to customers, as highlighted by a survey-record rise in selling prices, but it is hoped that this inflationary backdrop will subside once supply and demand come back into line as Covid-related logistic delays ease.”