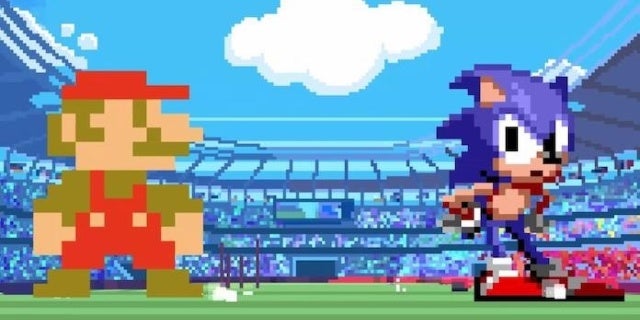 Today, Sega announced that Mario & Sonic a the Olympic Games Tokyo 2020 will launch on November 5 via the Nintendo Switch. Well, if you’re in North and South America. If you’re in Europe, you’ll need to wait until November 8 to pick the up the game. And, as of right now, there’s only been word of a Nintendo Switch release, suggesting the title won’t be coming to PS4, Xbox One, or PC, at least not in time for launch.

To accompany the news, Sega has also released a brand-new trailer showing off a little bit of the game. The trailer also reveals the special 2D mode in the game. More specifically, Sega has revealed that in addition to Olympic Games Tokyo 2020, which will be in 3D, there will also be the Olympic Games Tokyo 1964. These will be in 2D, and include less events. Why? Because there were less events back then. Here’s a rundown of the events in each:

Mario & Sonic at the Olympic Games Tokyo 2020 will be available on Nintendo Switch when it launches later this year. Below, you can read more about the game, courtesy of its official key features: