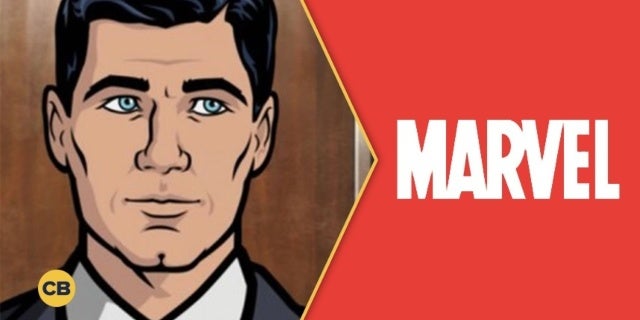 As Marvel begins an era that will be without Defenders series and Agents of S.H.I.E.L.D., it looks like they’ll be working alongside one of the premiere animation studios in the business in forging a new future. Now they’re recruiting top talent to make it all happen.

ComicBook.com has learned that Marvel is working with the Emmy Award-winning studio Floyd County, which has produced the popular FX series Archer since it began in 2009. There’s no word on what the project will be at this point, but with Marvel’s ambitious plans for animation — both from Marvel Studios and Marvel Television — there are many possibilities.

Marvel had no comment when reached for more information.

Floyd County is currently hiring key positions to work on their Marvel collaboration, which could take place alongside production of the 11th season of Archer on FX. Right now, the Atlanta-based studio looking to add storyboard artists, character designers, background artists, as well as numerous positions with skills in visual effects.

Earlier this year, Marvel Television announced five new animated series that will air on Hulu with popular talent involved, including Howard the Duck with Kevin Smith, MODOK with Patton Oswalt, Hit-Monkey with Josh Gordon and Will Speck, and Tigra & Dazzler with Chelsea Handler. All of these characters will join together for a special called Offenders, riffing off of their Netflix counterparts.

It’s unclear if Floyd County is working on these series, or possibly even the Marvel Studios series What If…? for Disney+. However, it seems likely that the film production company would utilize Disney assets to make this series, though we’ve yet to hear much about it outside of vague references and returning cast members.

Perhaps most intriguing is the fact that Floyd County was originally set to make the animated Deadpool series produced by Donald and Stephen Glover. That show was cancelled due to creative differences, though the artist frequently known as Childish Gambino made it clear that he was passionate about making it happen.

Loeb also expressed admiration for Archer during an interview with Deadline, explaining that fondness lead Marvel Television to pursue the Deadpool project on FX to begin with — which helped start this new animation initiative for The Offenders.

“I’m a huge Archer fan, and Dan Buckley, who’s the president of all things other than the studio here at Marvel, and I started talking about how we have this mutual love of animation and also pushing that wall,” Loeb said. “The idea of doing something that was more adult, some of which was started with the idea of doing Deadpool animated. What we really liked was the notion of putting together a group of titles that could then be a group, as we had done with Defenders.”

It should be known that Floyd County has almost exclusively done animation for FX Networks programs; in addition to Archer, they have created sequences for series such as Legion, Atlanta, Fargo, It’s Always Sunny in Philadelphia, and The League, all popular shows on the newly purchased Disney brand. They’ve also produced two other series for the channels, including Chozen and Unsupervised, which were both cancelled after one season.

We could be looking at a new distributor for studio that created Archer, or we could be looking at a revival of the Deadpool cartoon that everyone wanted to see. Or it could be something else entirely, and Marvel Television is expanding their animation portfolio beyond the announced Offenders series. We will report more information as we hear it.