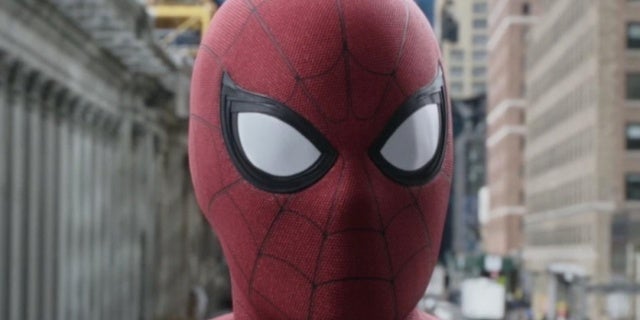 Everyone’s talking about the Spider-Man deal — nearly a week later, you can’t scroll for more than ten seconds on Twitter before seeing #SaveSpiderMan or some expletive directed towards Sony. It’s a unique situation that’s often dealt with behind closed doors but now that it’s in the open, we’ve gotten some uncharacteristically candid responses from both Marvel Studios president Kevin Feige and Spider-Man star Tom Holland.

Now, Guardians of the Galaxy helmer James Gunn has entered the fray. As one might expect, he hasn’t an idea on the dealings going on behind the scenes, though he mentions in a Twitter comment he highly respects both Holland and Spider-Man director Jon Watts.

“It’s two corporations working their shit out,” Gunn says of the situation. “I have no idea what’s going on behind the scenes. But speaking of that, the day I shot this scene was the day I introduced Tom holland to Stan Lee for the first time. Tom and Spider-Man director Jon Watts are both class acts.”

James Gunn on the Spider-Man situation from r/marvelstudios

The comment came from an Instagram post where the director shared his birthday present from Marvel Studios — a highly detailed action figure of Lee as his character from his Guardians of the Galaxy Vol. 2 cameo. In the wake of the Sony and Disney negotiations falling apart, ComicBook.com obtained a statement from Sony Pictures, which can be read in its entirety below.

“Much of today’s news about Spider-Man has mischaracterized recent discussions about Kevin Feige’s involvement in the franchise,” Sony said in statement sent to ComicBook.com. “We are disappointed, but respect Disney’s decision not to have him continue as a lead producer of our next live action Spider-Man film.”

“We hope this might change in the future, but understand that the many new responsibilities that Disney has given him – including all their newly added Marvel properties – do not allow time for him to work on IP they do not own,” the statement reads. “Kevin is terrific and we are grateful for his help and guidance and appreciate the path he has helped put us on, which we will continue.”

Spider-Man: Far From Home is still in theaters while Gunn’s Guardians of the Galaxy Vol. 3 has yet to set a release date.