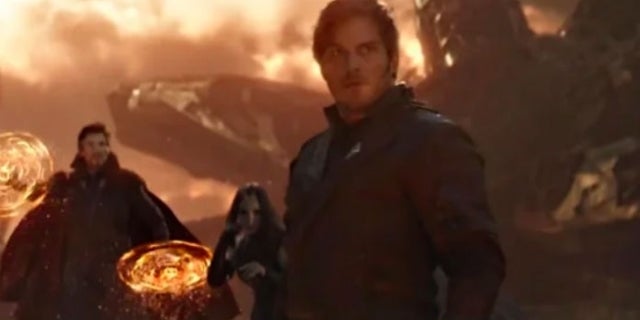 The r/MarvelStudios subreddit, a page “dedicated to discussing Marvel Studios, the films and television shows, and anything else related to the MCU,” has been booming this week ever since Avengers: Endgame was released on Blu-ray and DVD. Now that Marvel Cinematic Universe fans are able to enjoy the film in the comfort of their own home, they’ve been noticing more about the movie and discussing various plot points online. Recently, a fan pointed out that Peter Quill/Star-Lord’s (Chris Pratt) return to Earth at the end of the film marks the character’s first visit to his home planet since he was a kid.

As you can see, they used an image of Quill first leaving Earth at the beginning of Guardians of the Galaxy and placed it alongside his return in Avengers: Endgame.

Many people commented on the post to discuss what a milestone this was for Quill:

“What’s interesting is I doubt he even realized he was on Earth until after the battle due to how crazy the battle zone looked. It would’ve been cool if we saw his reaction finding that out,” u/MonkeyGameAL wrote.

“They really glossed over that aspect which was unfortunate,” u/ItsAmerico added.

“I really hope they explore this cuz going back to earth was a big conflict with him. I know the universe was at stake and seeing Gamora was another thing he had to focus on but I do want to see Peter react to coming back after decades,” u/BeHappyYouDeserveIt1 replied.