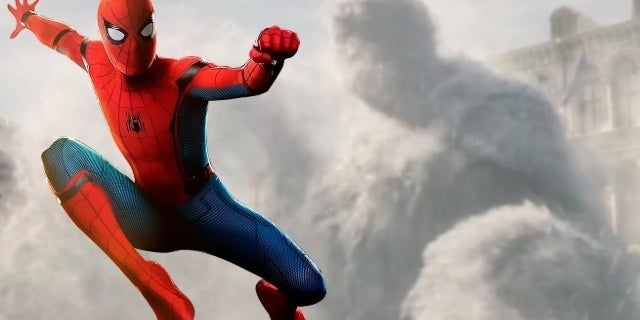 The latest Spider-Man film from Marvel Studios made rather a lot of main modifications to some villains from the comedian books, particularly when it got here to Hydro-Man. While the character is usually portrayed as a bumbling felony named Morris Bench, Spider-Man: Far From Home confirmed him extra as a senseless creature who was really the fabrication of Mysterio in an effort to control public notion. But the film virtually featured a really completely different model of the Marvel villain, as revealed in a newly launched piece of idea artwork.

Marvel Studios Head of Visual Development Ryan Meinerding posted a brand new piece of key artwork on Instagram that confirmed the movie’s battle between Spidey and Hydro-Man, revealing a comic-accurate look for the villain. Take a glance:

Of course viewers know that Hydro-Man was little greater than a hoax, and that Mysterio was the true villain of the movie. Spider-Man: Far From Home writers Chris McKenna and Erik Sommers defined to CBR earlier this 12 months why this was the proper alternative to deliver Mysterio into the Marvel Cinematic Universe.

“We asked ourselves [why we why chose Mysterio] for months,” McKenna stated. “He’s so iconic and such a problem to put in writing with the illusions. Thematically, he represents deception and phantasm, and a lot of the movie has Peter mendacity to himself, whereas the world [after the occasions of Avengers: Endgame] could be in such chaos individuals could be prepared to consider in something.”

“After everyone Blipped back, the whole world would just be so dazed and confused and vulnerable, including Peter,” Sommers added. “Mysterio [felt like the best choice] to take advantage of that.”