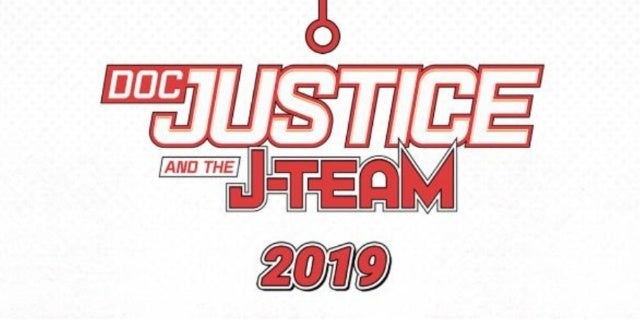 It looks like Marvel Comics is preparing to add the “next great super hero team” to its pantheon of already stellar groups. Teams like The Avengers, Defenders, Thunderbolts, Champions, and several others have graced the pages of Marvel Comics over the years, and now it’s time for the next addition to the lineup to arrive. On Monday morning, Marvel began teasing its newest team: Doc Justice and the J-Team.

There’s no telling who will be a part of this new lineup, or who Doc Justice actually is. But Marvel is clearly very high on this upcoming project, as it is being compared to some of the more ambitious teams in the publisher’s storied history.

Along with the message was an image of a super team timeline. The timeline begins with The Avengers in 1963, continues on to The Defenders in 1971, and Thunderbolts in 1997. The final addition to the timeline is the biggest logo on the page, teasing Doc Justice and the J-Team, arriving in 2019.

Marvel has yet to announce what creators will be attached to the new team, leaving so much about its existence up in the air. It likely won’t spin out of either War of the Realms or Absolute Carnage so there’s a chance this series could launch all on its own. What we do at least know is that, given the 2019 date on the announcement, the team will be arriving sooner rather than later.

Of course, the immediate train of thought will lead you to DC’s iconic Justice League. There’s nothing exactly tying the two things together at the moment, but it’s hard to talk about a super hero team with the word “justice” in the title and not compare it to the League. If DC published a team up book with “Avenge” involved somehow, it would have about the same effect.

What do you think this Doc Justice tease is all about? Who will be in the J-Team? Let us know your predictions in the comments!