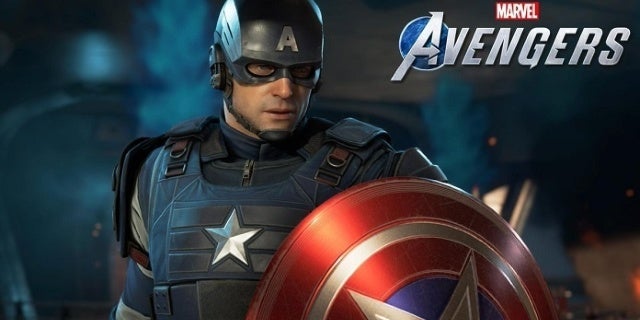 Ever since its initial reveal earlier this year, Marvel’s Avengers has been garnering the attention of many fans and for a myriad of reasons. From the exciting possibilities through gameplay to not everyone being a fan of the visuals, the upcoming title certainly has people talking. Luckily, the devs are at Gamescom in Cologne, Germany this week, and they have already revealed plenty of gameplay footage for fans to enjoy. However, what those at home have not been able to catch a glimpse of is what is being shown at the game’s booth on the show floor.

Thanks to YouTuber “JorRaptor,” we now know what is being shown at the Marvel’s Avengers booth at this year’s Gamescom. Essentially, what is being shown are character profiles for each of the heroes that make up the Avengers. We also get a look at some of the skins that will be available in the game as well as a bit of footage of the heroes themselves in action. Fans can also gain a decent look at the sort of environments that we will be encountering when the game arrives next year.

In case you are unaware as to what Marvel’s Avengers will be about, here’s more from Square Enix on the gameplay footage at the top of this page:

Marvel’s Avengers will be arriving on May 15, 2020 for Google Stadia, PC, PlayStation 4, and Xbox One. For even more on the upcoming title from Square Enix and Crystal Dynamics, check out some of our previous coverage.

What do you think about all of this? Are you even more excited to jump into Marvel’s Avengers when it arrives next year after seeing the above footage, or do you have your reservations? Sound off in the comment section below, or feel free to hit me up over on Twitter @anarkE7!