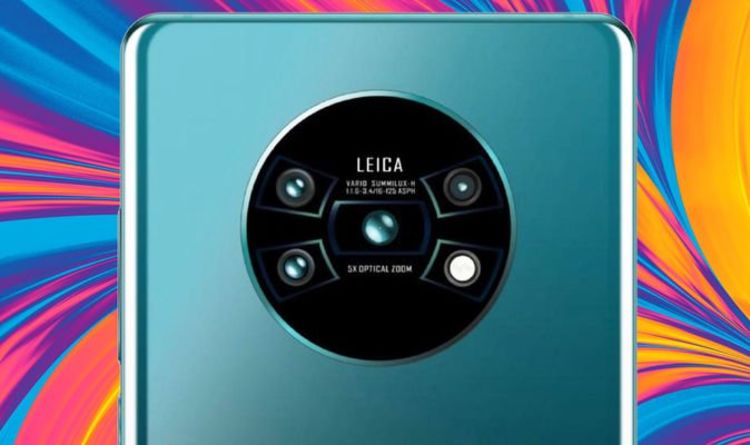 Mate 30 Pro is the expected name for Huawei’s next premium smartphone.

The hardware has been tipped for a September 19 reveal and could tout a wealth of innovative flagship features.

Rumours have suggested the Mate 30 Pro will boast a 90Hz display that, if true, could provide Android fans with an incredibly smooth experience when navigating the phone’s interface.

Moreover, the product has also been tipped to come with two primary cameras that are both 40-megapixels.

Finally, it is also expected the hardware will be powered by a new Huawei processor that could deliver rapid performance.

One of the biggest talking points surrounding the Mate 30 Pro of late had concerned the operating system it would harness.

Huawei had initially been blocked from using Google’s Android operating system after the US Commerce Department placed the firm on a trade blacklist.

This prevented Google and a stream of other American companies from doing business with Huawei.

Although the ban was initially immediately put in place, Huawei was later given a 90 day reprieve before it was put back into effect.

The extension was due to expire on August 19 – after such time it was unclear what the relationship between Huawei and US firms such as Google would be.

Moreover, it was also unknown which operating system the Chinese tech giant’s forthcoming flagship would harness if it was unable to deal with American companies.

Mr Ross recently discussed the matter on Fox Business – he claimed the added time would allow US telecoms companies to prepare for the Huawei ban.

“There is another 90 days for the US telecoms companies, some of the rural companies are dependent on Huawei. So it’s giving them a little more time to wean themselves off, but no specific licences are being granted for anything.”

It is assumed because the Mate 30 Pro is expected to release during the new 90 day extension that Huawei will ensure it runs Google’s forthcoming Android Q operating system and not the firm’s newly announced HarmonyOS.

HarmonyOS was unveiled at Huawei’s recent Developer Conference in China – the firm has emphasised the software will only be used on its smartphones as a last resort, insisting it would like to work with Google first and foremost.