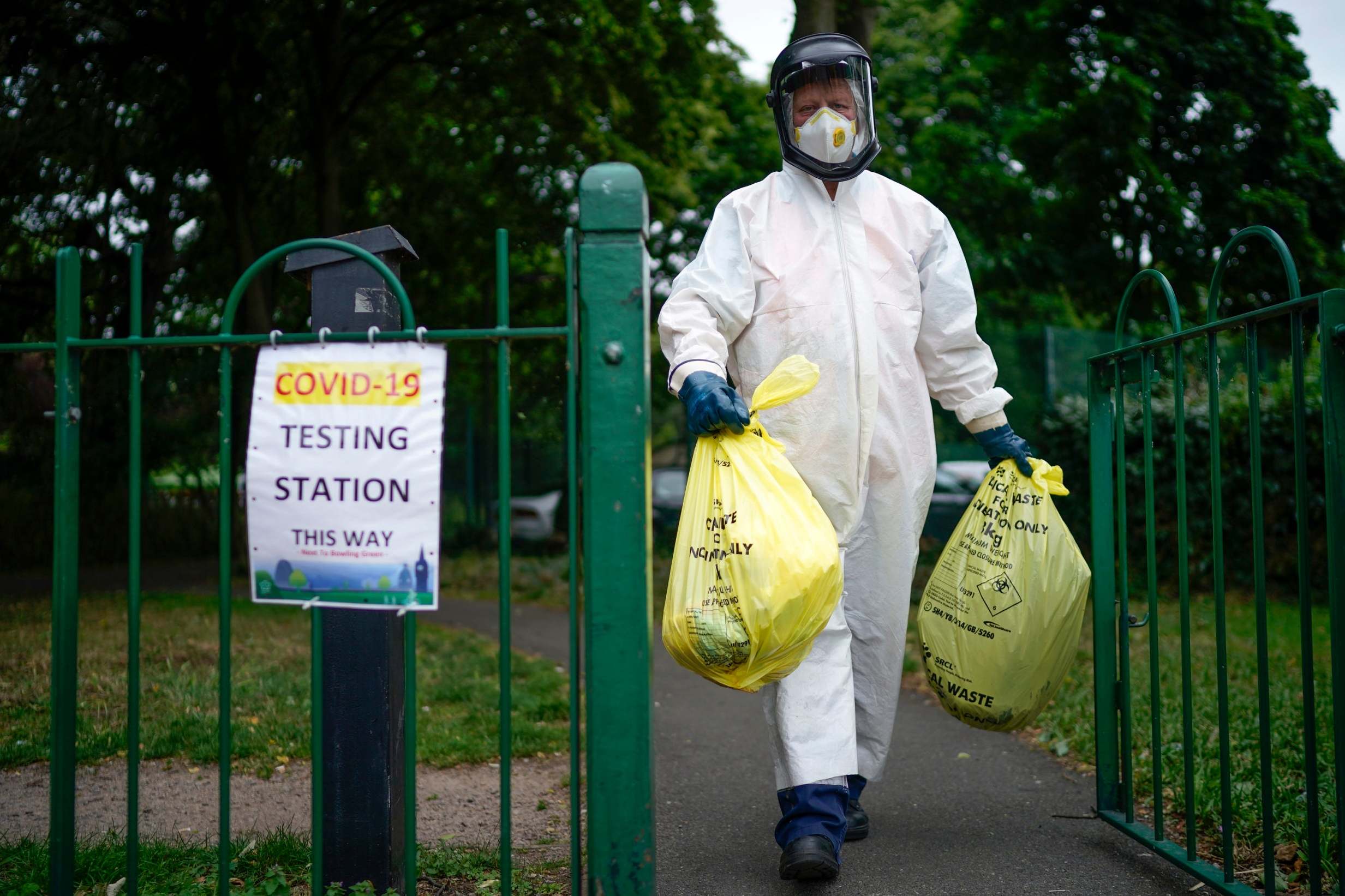 Leicester will be placed under a localised lockdown as the city battles a surge in coronavirus cases, Matt Hancock has confirmed.

Speaking in the Commons on Monday, the Health Secretary said the easing of measures planned for the rest of England on July 4 cannot happen in the city because of rising cases.

Mr Hancock said that non-essential shops in Leicester will have to close from Tuesday to help contain the outbreak.

Schools which have welcomed back pupils iin the city after rules were eased will now have to shut from Thursday.

The Health Secretary added that these measures will be reviewed in two weeks.

He told the Commons: “We recommend to people of Leicester say at home as much as you can.

“The more people follow the rules the faster we’ll get control of this virus and get Leicester back to normal.”

It comes as latest figures from Public Health England showed that 866 new cases of Covid-19 were reported in the city in the two weeks up to June 23.

Meanwhile, there have been 2,987 positive cases in Leicester since the pandemic began.

The local lockdown is the first major test of the Government’s ability to carry out crackdowns on localised coronavirus flare-ups — the policy dubbed “whack-a-mole” by Boris Johnson.

Matt Hancock said Leicester has three times the number of coronavirus cases than the city with the next highest total.

He told MPs: “Having taken clinical advice on the actions necessary and discussed them with the local team in Leicester and Leicestershire, we have made some difficult but important decisions.

“We’ve decided that from tomorrow, non-essential retail will have to close and as children have been particularly impacted by this outbreak, schools will also need to close from Thursday, staying open for vulnerable children and children of critical workers as they did throughout.

“Unfortunately, the clinical advice is that the relaxation of shielding measures due on July 6 cannot now take place in Leicester.”

Matt Hancock said the measures will be kept under review and will not be kept in place “any longer than is necessary”, adding: “We’ll review if we can release any of the measures in two weeks.

“These Leicester-specific measures will apply not just to the city of Leicester but also the surrounding conurbation including, for example, Oadby, Birstall and Glenfield.

“I know that this is a worrying time for people living in Leicester and I want you to know you have our full support.

“We do not take these decisions lightly but with the interests of the people of Leicester in our hearts,” the Health Secretary added.

Mr Hancock also announced in the Commons further measures in Leicester to help tackle the outbreak, including additional funding for local authorities and the setting up of a walk-in testing centre for those with coronavirus symptoms.

He said: “Anyone in Leicester with symptoms must come forward for a test.”

Matt Hancock also told MPs that the actions were “profoundly in the national interest too” because it allows the country to control the virus as locally as possible.


“Local action like this is an important tool in our armoury to deal with outbreaks while we get the country back on its feet,” he said.

The Health Secretary said reducing social contact will reduce the spread of Covid-19, adding: “Precise, targeted actions like these will give the virus nowhere to hide and help us defeat this invisible killer.”

The Government’s decision to extend lockdown measures in Leicester comes after Mr Hancock met with local leaders earlier in the afternoon to discuss the flare-up.

Ahead of the meeting, the city’s mayor Sir Peter Soulsby criticised the Government’s apparent lack of communication with the city council about the outbreak.

He said he had been sent documents at around 1am on Monday that contained “very little substance” and protested of “incredible frustration” at getting data out of the Government.

Earlier, a source told the Standard that Leicester had been closely monitored for more than a week and in the past few days the data had shown a worrying trend.

The data showed coronavirus outbreaks based around workplaces including meat and food processing businesses.

On Friday night, a team of health officials were dispatched to the city to investigate and confirmed that cases were spreading among communities where it is common to find several generations in a household.