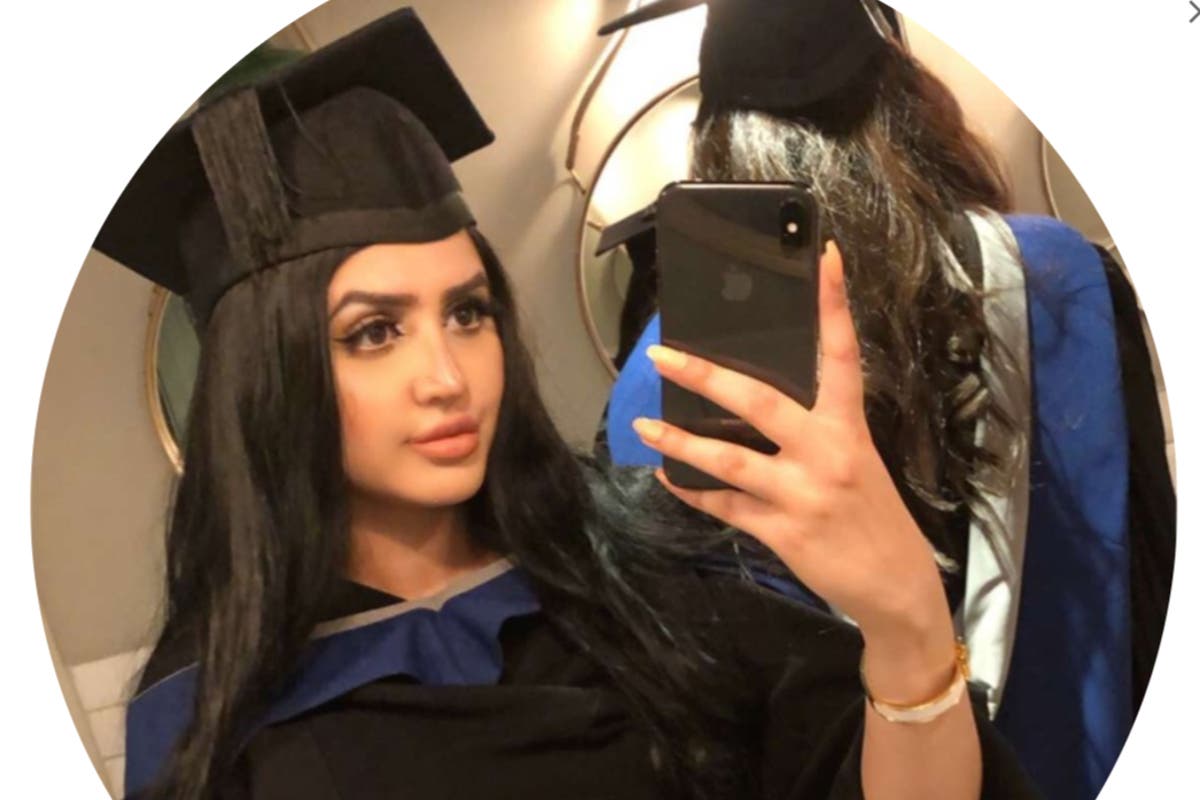 London law graduate was murdered in her flat after refusing to wed two friends fighting for her hand in marriage, according to local reports.

Mayra Zulfiqar, 26, was reportedly shot and strangled by suspects who broke into her apartment in what police believe was a crime of passion in Lahore yesterday.

She had moved to Pakistan just two months ago from Feltham, west London, where she was a law student at Middlesex University and went on to work as a paralegal at law firm Duncan Blackett.

She had been renting an apartment with a friend in the Defense area of Lahore where she was discovered dead by her uncle next to her phone, according to the Independent Urdu.

Her uncle who filed a legal claim against the two suspects rushed to Mahira’s flat to find her lying in a pool of blood. She was already died and was bleeding from the neck, according to the report he filed.

Station House Officer (SHO) Qasim, of Lahore Police, said the woman travelled to Pakistan from the UK to attend a wedding – but did not return.

He added: “The woman had a bullet wound to the shoulder, but the exact cause of death will be known after her post-mortem and forensic report, whether the death was due to a gunshot wound or whether her throat was strangled.”

The BBC reported her parents are understood to be travelling to Pakistan and police say no arrests have been made.