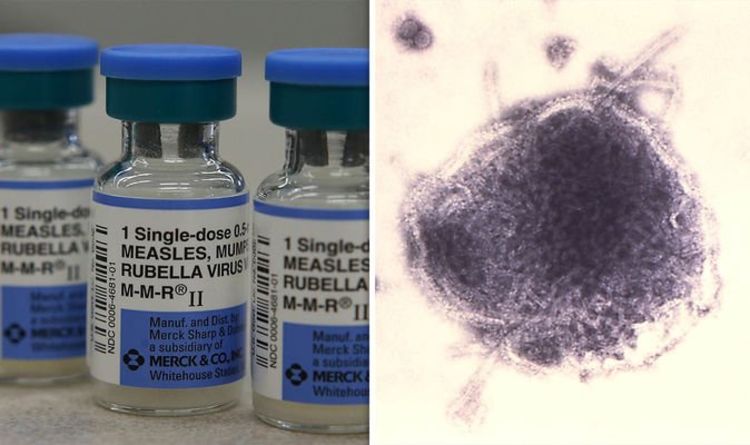 Measles is an eminently preventable disease, with the Measles, Mumps and Rubella (MMR) jab administered to children at a young age. The jab is the most effective prevention against the disease, providing a 93 percent effectiveness rate. Only 95 percent of the population needs to be immunised against the disease to provide protection known as ‘herd immunity’. However, there are growing numbers of people who are now refusing to take the jab, out of unfounded fears it would leave their children with life-long disabilities.

What caused new outbreaks of measles?

Recent outbreaks of measles have crept across the planet in huge numbers.

In the Democratic Republic of Congo (DRC) in Africa, the disease has claimed the lives of more than 2500 people.

In April this year, health authorities noted 72,000 cases of the disease in Ukraine and 19,000 cases in the Philippines.

Outbreaks of measles are usually associated with communities which have limited access to vaccination.

However, in recent years, regions with access to advanced healthcare have also seen a surge in cases of the disease.

Earlier this year, cases of Measles led New York state to declare a state of emergency.

The UK has seen more than 250 cases of Measles within the first four months of 2019.

In the US and Europe, the anti-vaccination ‘movement’ – which claims vaccines have more negative consequences than positive – has gained influence.

The assertions made by groups which purport this view build their beliefs on a falsified study conducted by now-disgraced doctor Andrew Wakefield in 1998.

His study, which was published and quickly retracted by medical journal The Lancet, stated the MMR vaccine could cause autism.

However, this was later proven to be incorrect, and scores of studies have since dispelled the myth that vaccines cause autism.

Anti-vaccination groups continue to espouse his research, and as a result, many people are increasingly deciding not to vaccinate their children.

READ MORE: Measles symptoms: Can you get measles if you’ve been vaccinated?

Deciding not to vaccinate is particularly dangerous, as parents risk their children facing measles complications.

At its mildest, measles causes a fever, feelings of general ill-health and a cough followed by a rash.

However, in more severe cases, measles can cause complications.

These include brain inflammation, seizures, pneumonia and diarrhoea, and in extreme cases (one to two in 1,000) measles can also kill sufferers.