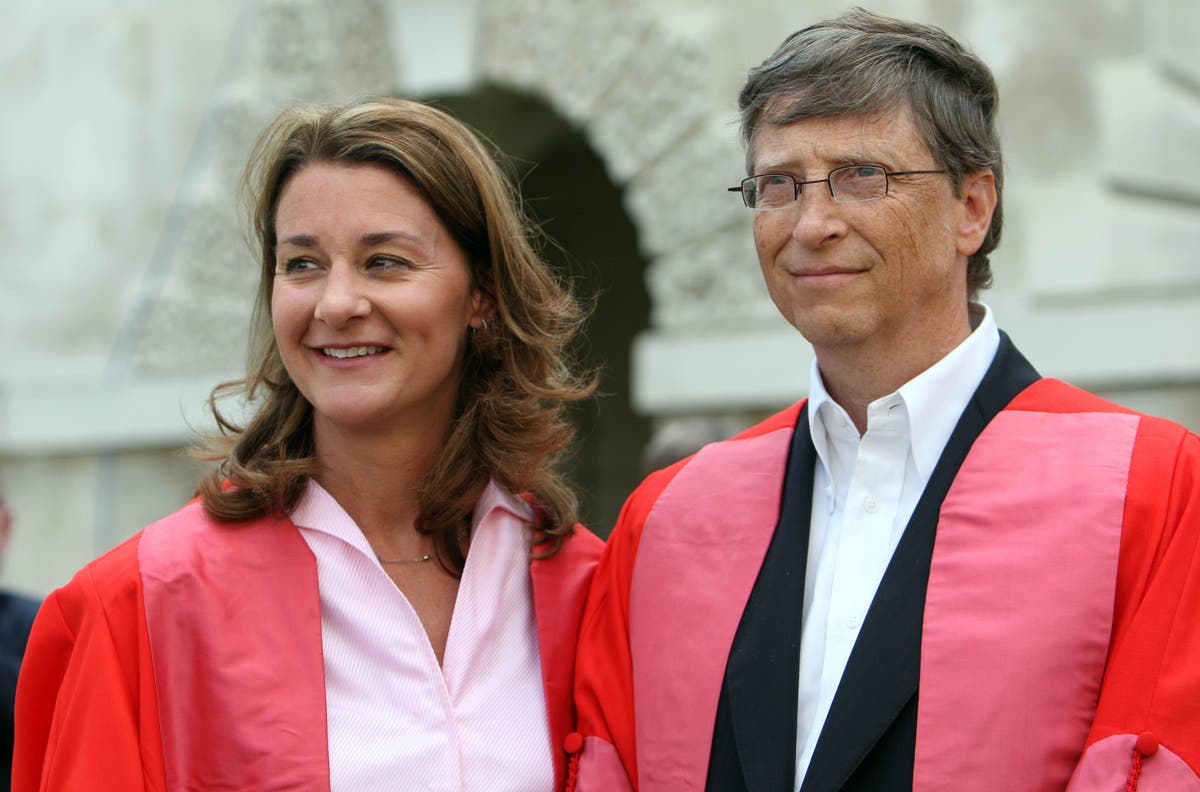 icrosoft founder Bill Gates and his wife Melinda admitted their relationship is “irretrievably broken” as they announced to the world the end of their 27-year marriage.

The couple – worth an estimated $130 billion – revealed their split on Monday with identical messages on Twitter, saying: “We no longer believe we can grow together as a couple in this next phase of our lives”.

Melinda, 56, filed for divorce at a court in Washington state, saying “this marriage is irretrievably broken” when asked to explain the split and revealing there was no pre-nuptial agreement when they wed on a Hawaiian golf course in 1994.

A bitter fight over their vast fortune seems unlikely, as the couple have signed a “separation contract” agreeing how to divide their personal property, assets, and range of luxury homes.

The couple’s eldest daughter, Jennifer, reacted to the news on Instagram, saying: “It’s been a challenging stretch of time for our whole family.

“I’m still learning how to best support my own process and emotions as well as family members at this time, and I am grateful for the space to do so. I won’t personally comment further on anything around the separation, but please know that your kind words and support mean the world to me.”

Gates, 65, the fourth richest man in the world, founded Microsoft in 1975 and met his future wife in 1987, the year he became the world’s youngest billionaire.

They had three children together during their marriage – Jennifer, 25, Rory, 21, and Phoebe, 18 – and together established the Bill and Melinda Gates Foundation in 2000.

Their last public appearance as a couple was two weeks ago, at a virtual event to support healthcare workers battling Covid-19. In the message announcing their divorce, they wrote: “After a great deal of thought and a lot of work, we have made the decision to end our marriage.

“Over the last 27 years, we have raised three incredible children and built a foundation that works all over the world to enable all people to lead healthy, productive lives. We continue to share a belief in that mission and will continue to work together at the foundation, but we no longer believe we can grow together as a couple in this next phase of our lives. We ask for space and privacy for our family as we begin to navigate this new life.”

Harvard-dropout Bill met Melinda while she was working at Microsoft, and famously used a pro and con list on a whiteboard to decide to ask her to marry him.

Their family home is a $125million compound overlooking Lake Washington on the outskirts of Seattle, dubbed Xanadu 2.0, where their charitable foundation is based.

Gates said the home, which includes a pool with an underwater music system, a private beach, an art deco cinema, and a banqueting hall, had been built to “accommodate sophisticated, changing technology”.

On show is a prized possession – Leonardo da Vinci’s Codex notebook which was bought at auction for $30 million – while Gates is also said to have four rare copies of his favourite book, The Great Gatsby, in the library.

Also in the property portfolio is a mansion in San Diego, a Santa Fe ranch, a countryside retreat in Wellington, Florida, and a lakeside lodge in Wyoming which used to be home to Buffalo Bill.

During his career, Gates has quietly bought up hundreds of thousands of acres of farmland across the US, while he has also indulged his passion for cars with a garage full of Porsches, Ferraris and Lamborghinis.

Speaking in 2019, Melinda said Bill had struggled to balance work with family life during their marriage, admitting she felt “very alone” after the birth of their first child while her husband was “beyond busy” at work.

He stopped having a day-to-day job with Microsoft in 2008 before eventually stepping down from the board entirely last year.

The Gates foundation has been used to distribute vast amounts of money to good causes, tackling HIV, polio, and malaria, and donating $1.75billion to help the global pandemic response.