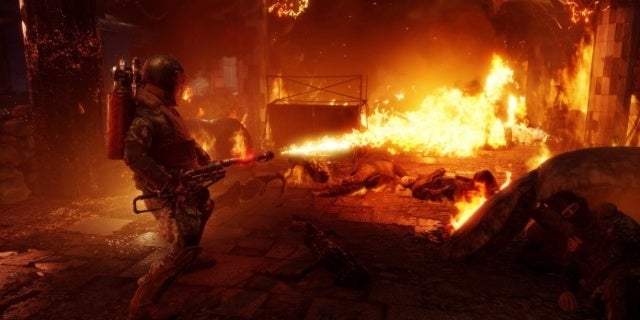 The first of what is currently set to be two pieces of story-driven DLC for the post-apocalyptic survival video game Metro Exodus, The Two Colonels, is now available. The new installment in the game follows the story of the eponymous two colonels, Colonel Khlebnikov and Colonel Miller, and features a brand-new weapon in the form of the flamethrower.

“Following the journey and experiences of Khlebnikov during the last days of life in Novosibirsk, which Colonel Miller retraces a year later, players can expect the classic story-driven gameplay of the Metro series in this new linear chapter, complete with a brand new weapon, the deadly flame-thrower, claustrophobic environments, and the all-too-familiar hair-raising tension,” Metro Exodus had previously shared earlier this year as part of its DLC expansion plans.

The game’s second piece of story DLC is called Sam’s Story, and it will follow a United States marine named Sam that was stationed at the Moscow embassy when the bombs dropped as he attempts to traverse the devastated Russian landscape in an attempt to return home. Sam’s Story is set to release in 2020.

Here’s how publisher Deep Silver and developer 4A Games describe Metro Exodus‘ The Two Colonels DLC in the trailer description:

“The first Expansion for Metro Exodus, The Two Colonels, follows the story of Colonel Khlebnikov, father of Kirill, as Colonel Miller retraces his steps in the doomed station at Novosibirsk. Discover the story of the ill-fated residents and wield a brand new weapon, the flame-thrower.”

What do you think of what you’ve seen of The Two Colonels so far? Are you excited for even more Metro Exodus? Let us know in the comments, or hit me up directly on Twitter at @rollinbishop to talk all things gaming!

Metro Exodus is currently available for PlayStation 4, Xbox One, and PC via the Epic Games Store. You can check out all of our previous coverage of the title right here.