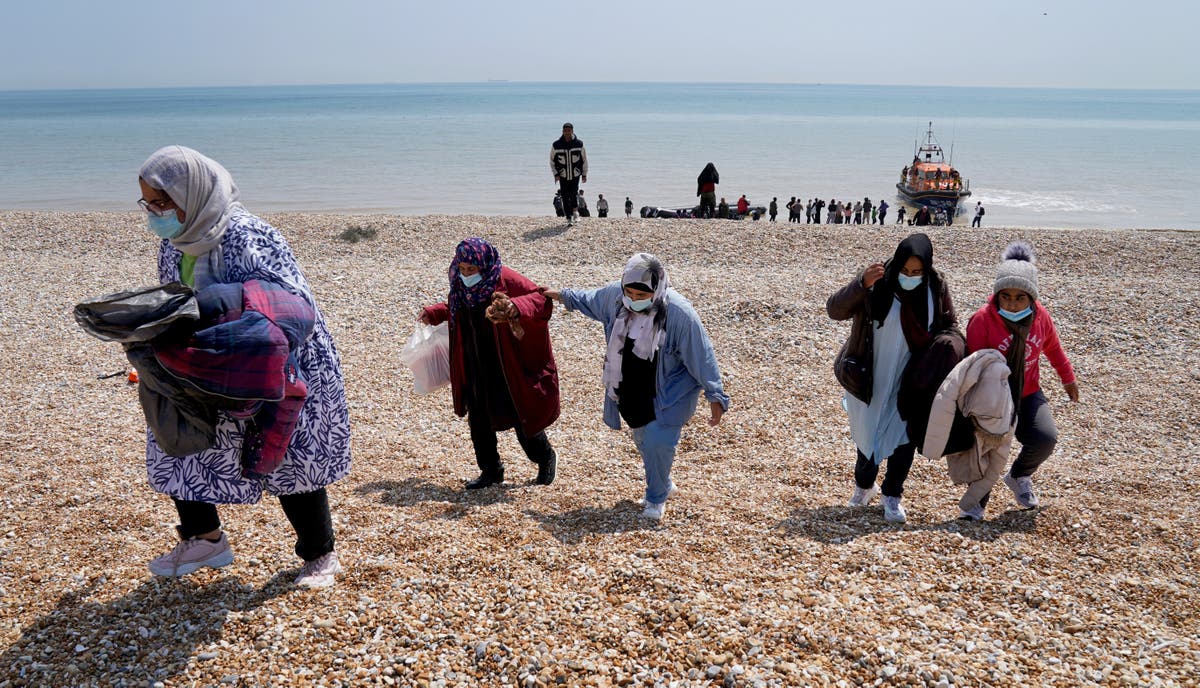 omen with very young children were crammed into small waiting rooms for migrants for up to 48 hours at a time at a unit in Dover, MPs have claimed.

Unaccompanied children who crossed the Channel were left sleeping in “completely inappropriate” office space for as long as 10 days, according to members of the home affairs committee who visited the facility in Kent.

In a letter to Home Secretary Priti Patel, MP Yvette Cooper said the committee was shocked at the “clearly unfit” conditions they had witnessed, where 56 migrants had been held in a small room covered with thin mattresses.

Chairwoman Ms Cooper said the holding accommodation posed a risk to health and the spread of Covid-19.

“The holding room, in which some people are waiting for up to 48 hours, has no ventilation, no social distancing and face masks are not worn,” she said. “We assume that most people are not vaccinated.

“Given how closely people are packed together we have grave concerns about how easy it would be if only one staff member or asylum seeker had Covid-19 to spread rapidly to everyone in the room.”

The Committee added that they saw severe overcrowding and babies, young children, mothers and adult men crammed into small rooms together.

Ms Cooper added: “Most people were sitting or lying on a thin mattress and those covered almost the entirety of the floor including the aisles between seats.

“Sharing these cramped conditions were many women with babies and very young children alongside significant numbers of teenage and young adult men.”

She also noted that the law states no one should be held by Border Force for more than 24 hours.

However some migrants at the facility were held for twice that long, while unaccompanied children could wait 10 days to be moved.

The committee said since Kent County Council had stopped accepting unaccompanied migrant children on June 14, five had been housed in office accommodation for more than 10 days while waiting for a care placement.

A Home Office spokesman said the Government takes the welfare of migrants seriously but services were under pressure from the number of people crossing the Channel.

They added: “Unacceptable numbers of people are making life-threatening journeys crossing the Channel at the hands of criminal trafficking gangs.

“We take the welfare of migrants extremely seriously and despite these pressures we have improved our facilities, arranged additional staffing and are working to process people as quickly and safely as possible.

“The Government continues to take steps to tackle the unacceptable problem of illegal migration through the Nationality and Borders Bill which will protect lives and break this cycle of illegal crossings, and we are continuing to return those with no legal right to remain in the UK.”