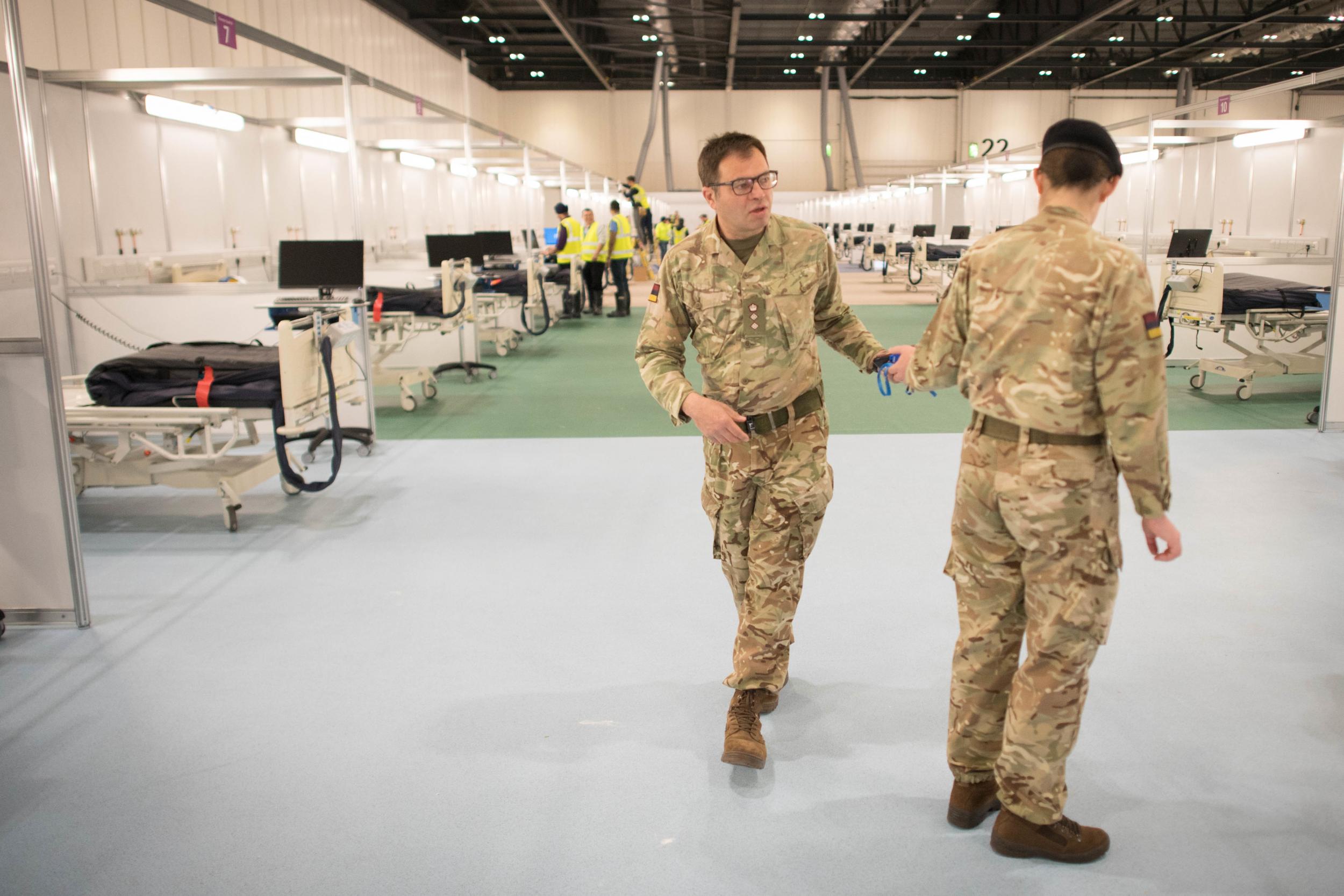 The British military is deploying 80 personnel to help one of the UK’s main ambulance services to cope with an expected increase in demand as the Covid-19 crisis intensifies.

Earlier this month, 20,000 troops were put on standby to help with the pandemic.

The military helpers are being given training in emergency first aid – similar to that given to volunteer responders – as well as training in driving emergency ambulances and using appropriate personal protective equipment (PPE), a spokesman for the ambulance service said.

He said the extra staff would enable the service to have an extra 20 to 30 ambulances on the road each day, a 10 per cent increase on its normal 180 to 200.

He said: “Training has commenced this week to give emergency driver training so they can drive ambulances, as well as PPE training so they know what level they have to wear to different incidents.

“Once they are through that training, the majority will go on road as well as in the control room which is in demand.”

The spokesman said that it was currently seeing between 400 and 500 staff off work isolating from its 3,300-workforce but the military personnel will help to cope with an expected increase in Covid-19 cases.

He said: “Our 999 service is coping well at the moment, people are using the service correctly and we are managing to keep on top of normal demand plus Covid-19 cases.

“We are getting this support because we expect to see the Covid-19 demand increase.”

It comes as the military could be brought into prisons amid an increased risk of violence during the coronavirus outbreak.

Dave Cook, from union POA, said members of the military could be drafted in as police forces are unable to help in prisons due to their own staff shortages.