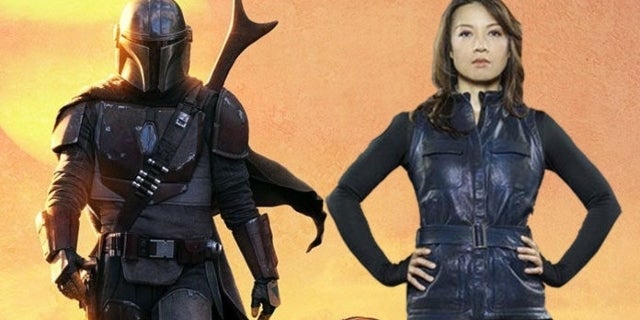 D23 Expo, Disney’s “ultimate fan event,” kicked off in Anaheim today, which means tons of exciting Disney-related news has already been released. One new piece of info came during the Disney Legends panel, which honored big names such as Robert Downey Jr., Jon Favreau, and James Earl Jones. Another star on the list was Ming-Na Wen, the actor best known for voicing the titular character in Disney’s Mulan, and playing Agent Melinda May on Agents of SHIELD. Well, it appears Wen will be completing the Disney trifecta, because it was just announced she’ll also be featured in the upcoming Disney+ series, Star Wars: The Mandalorian.

“I have hit every bucket list thanks to Disney,” Wen said of the news, which was announced by Disney CEO Bob Iger during the Legends panel.

“When people ask me how I get my inspiration for all these strong female role models… it’s my mom. And she’s here. Single mom, held down 3 jobs to raise her kids, met my stepfather and he was able to bring us to America, and she is a woman warrior! Through and through,” Wen shared during her speech.

Since the news broke, fans of Wen have taken to Twitter to celebrate the news.

MING-NA WEN BEING THE LEGEND THAT SHE IS, IS NOW A DISNEY PRINCESS, A MARVEL HERO, AND PART OF THE STAR WARS UNIVERSE. THAT. IS. LEGENDARY.

I just read the words “Ming-Na Wen” and “Star Wars” in the same sentence. I MIGHT JUST FAINT!! #TheMandalorian pic.twitter.com/3g4jSy9qXu

This is especially exciting because Wen is a known Star Wars fan, having posted about the franchise on more than one occasion:

“May” the Fourth Be With You! @starwars #MTFBWY #MayThe4hBeWithYou pic.twitter.com/qPVench26h

Are you excited to see Wen in Star Wars? Tell us in the comments!

Star Wars: The Mandalorian will premiere on Disney+ on November 12th. Wen will also be returning to Agents of SHIELD for the seventh and final season, which is expected to premiere next summer.