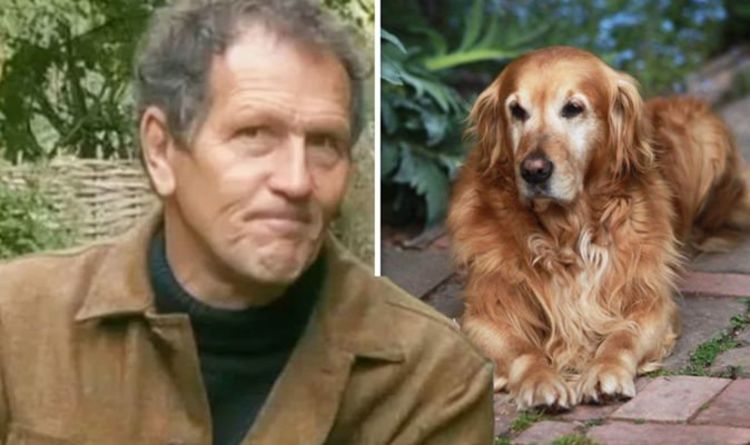 Gardeners’ World presenter Monty Don, 65, has spoken out about the loss of his beloved dog Nigel, as he shared an emotional message on Instagram. The horticulturalist’s beloved Golden Retriever died 12 months ago after he fell ill and suffered from “violent fits”.

On the anniversary of his dog’s death, Monty took to the picture-sharing site to share a heartbreaking post.

In view of his 853,000 followers, the BBC host shared a sweet snap of Nigel taken a year ago today.

The candid post received over 35,000 likes within an hour as fans of the gardening expert offered their condolences.

Monty penned: “This picture of Nigel taken exactly a year ago – and later that day he died.

The horticultural expert recalled: “It was a lovely day and he’d been outside and at 7 o’clock in the evening we went for a walk, he was fine, and I put him to bed at 10 o’clock.

“Then at one in the morning, my son, because my son and daughter-in-law have been in lockdown with us, woke me and said, ‘Nigel is having fits’. So I stayed with him for the rest of the night and he fitted all night.”

Monty added on the Griefcast podcast: “It’s such a violent thing and you feel as someone who’s trying to help, I sort of know what to do, but it feels inadequate because it’s so violent and people can break bones and anyway, you have a large dog doing just that all night, again and again and again.”

Monty and his family currently own four dogs: Nellie, another golden retriever; a Yorkshire terrier called Patti; and two elderly dachshunds who have not yet appeared on Gardeners’ World due to their reluctance to be on-camera.