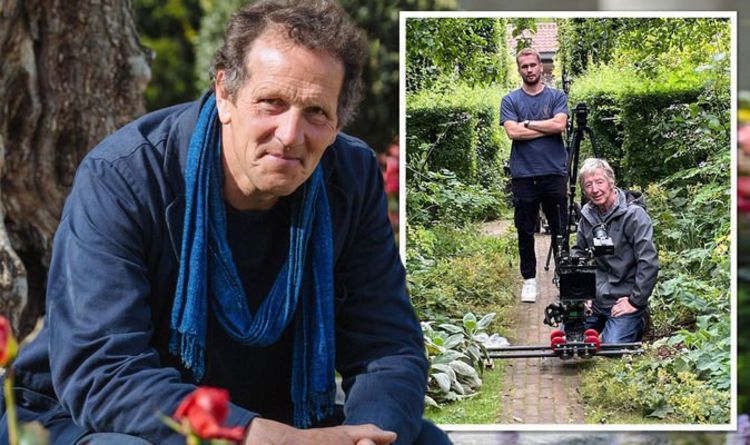 Monty Don has been the lead presenter on Gardeners’ World since 2003, when he took over from Alan Titchmarsh. And now, the 66-year-old has had to reassure fans that he has no immediate plans to leave the programme, after a recent social media update sparked concern.

He posted a picture of cameraman Gerry Dawson and his assistant Noah filming the programme in his garden.

The horticulturist told fans that he’d been working with the former for 23 years.

The tweet, which he shared with his 238,700 followers, sparked concern when some fans seemingly read too much into the post.

Monty wrote alongside the picture of the duo: “The superb Gerry Dawson with assistant/runner Noah filming today in the garden.

“I have worked with Gerry for the past 23 years and it has been an unremitting privilege and pleasure,” he continued.

“Great to see who is on the other side of the camera. It all works so smoothly that it’s easy to forget that it’s not just you in an oasis of calm,” one follower remarked.

However others thought that the tweet was hinting towards an up-coming exit.

“@TheMontyDon please tell us you’re not leaving GW. This tweet makes it feel a distinct possibility. asking the question others are afraid to ask…” the message read.

“No, no plans to leave. Stuck with me a while longer I am afraid,” Monty replied, reassuring the viewer.

Earlier in the year, Gardeners’ World was presented by co-star Adam while Monty took a short break from the series.

He later told fans that he had been working on a new show and had been filming abroad.

Back in June, Monty tweeted: “Away from GW tonight (and next week) because have been filming new series in Italy, Greece and Croatia.

“Back now and resume filming in the garden as normal next week,” he added.

While filming the series, the TV star had the privilege of welcoming a royal to his garden in Herefordshire.

The Duchess of Cornwall visited Longmeadow during a sunny spell in August and viewers were able to watch the episode later in the month.