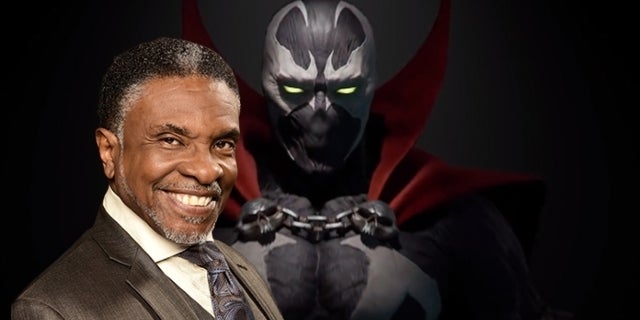 Following the official reveal of Mortal Kombat 11’s Kombat Pack, fans everywhere have been wondering who will be providing the voices for the iconic characters that are from outside of the series. We already know that Arnold Schwarzenegger won’t be jumping into the recording booth for Terminator, despite his likeness being used for the character. However, the one combatant that several fans are excited to play as, even if it won’t be until next year, is Spawn. As it turns out, none other than Keith David himself will officially be providing the voice for the character created by Todd McFarlane.

Keith David himself took to Twitter to reveal that he will officially be the voice of Spawn in Mortal Kombat 11. For those who don’t know, David was the actor who played Spawn in the animated HBO series that aired in the late 90s. Also, anyone who is familiar with Keith David’s work likely knows that his voice is legendary and perfect for Spawn.

It’s official! I will be the voice of #Spawn in #MK11. pic.twitter.com/dwcUJedDUV

Unfortunately, players won’t be able to play as Spawn in Mortal Kombat 11 until March 17, 2020 as he is the last character in the Kombat Pack that will be arriving. While it will be some time before then, we can only hope that footage shows up much earlier to show off Spawn in action with David’s voice as well.

According to Todd McFarlane himself, Spawn is looking pretty good so far in Mortal Kombat 11. “I haven’t seen them all fully polished, but what I did see was pretty awesome,” he said in an interview with ComicBook.com. “I encourage them to basically go as crazy as … My only comment would be it wasn’t crazy enough, so go crazy. If you’ve seen any of that game you know they can get pretty crazy.”

Mortal Kombat 11 is currently available on Nintendo Switch, PC, PlayStation 4, and Xbox One. For even more on the latest installment in the long running fighting franchise, check out some of our previous coverage.

What do you think about all of this? Are you glad that Keith David will be reprising his role as Spawn in Mortal Kombat 11? Sound off in the comment section below, or feel free to hit me up over on Twitter @anarkE7!