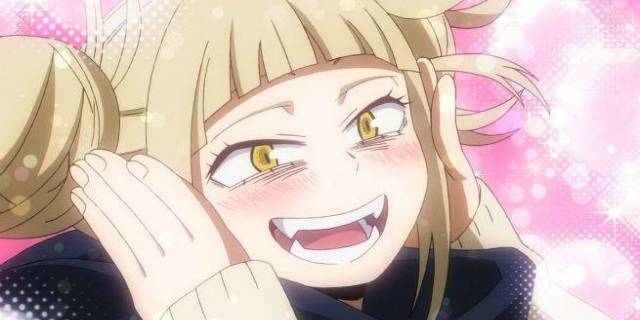 My Hero Academia is filled to the brim with tons of memorable characters, and even more memorable character designs. And one way fans have been celebrating their love for the series is through cosplay that taps into why many of these characters are such big hits with fans. The villain Himiko Toga has been a particularly popular choice among fans as her quirky nature makes her stand out from the rest of the League of Villains crew, and fans have been finding fun new twists for the character with their cosplay.

One cosplay artist, Tokiidokii_chan on Reddit, took her Toga cosplay to a fun new level as she brought the villain to a real blood drive. Naturally, this got the attention of the medical professionals in attendance, and you can see the results below!

Went as Toga to a Blood Drive (cosplay) from r/BokuNoHeroAcademia

Giving Toga a nurse outfit for the occasion, Tokiidokii_chan put a hilarious, yet heroic spin on the famous villain. Luckily, she was able to donate blood as planned though her bloody attire must have stalled the process a bit. Naturally, this is a fun spin on Toga herself who requires the blood of another to activate her quirk. By sucking someone’s blood, Toga can take on a person’s appearance. This quirk grew even stronger in the manga, so now she’s an even fiercer presence than ever.

Fans will be seeing Himiko Toga in a more official capacity when the fourth season of My Hero Academia premieres on October 12th. She plays a role in the events of the upcoming Shie Hassakai arc as one of the few League of Villains members that ends up mixed in with the new villain’s plans. Without giving too much away about what she’ll be up to, it’s safe to say that it’ll be far from the heroic action of donating blood. The real Toga is far from it!

My Hero Academia was created by Kohei Horikoshi and has been running in Shueisha’s Weekly Shonen Jump since July 2014. The story follows Izuku Midoriya, who lives in a world where everyone has powers, even though he was born without them. Dreaming to become a superhero anyway, he’s eventually scouted by the world’s best hero All Might and enrolls in a school for professional heroes. The series has been licensed by Viz Media for an English language release since 2015. My Hero Academia is gearing up for an even bigger end of 2019 with both a fourth season of the anime and second big anime film too.