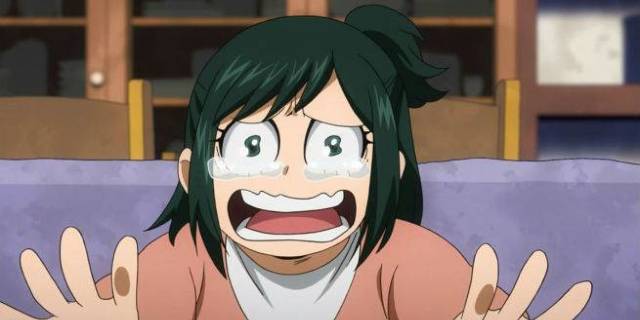 My Hero Academia has become a worldwide phenomenon and gathered the fanbase to prove it. Since the debut of its anime, the superhero series has exploded in popularity, and fans all over the world have started cosplaying their go-to heroes for fun. And thanks to one mom, a special cosplay has netizens feeling rather emotional.

Taking to Reddit, a user known as /katefasci posted a photo of her kids wearing some budget cosplay looks she made.

“Mama tried her best to Cosplay on a budget! I’ve never seen the show, worked off photos and this sub. How’d I do,” the user wrote before thanking others for inspiring her to try her hand as cosplay.

Mama tried her best to Cosplay on a budget! I’ve never seen the show, worked off photos and this sub. How’d I do? 🙂 (and many thanks for all the inspiration from all of your posts!) from r/BokuNoHeroAcademia

As you can see above, the looks she pulled together are definitely worthy of My Hero Academia. The DIY cosplays bring Shoto Todoroki and Asui Tsuyu to life. According to the user, Todoroki’s scar was created with a genius stroke of 99 cents lipstick, and that was just the first of several budget options done for these looks.

The support shown for these looks has been overwhelming with plenty likening this mom to Izuku’s own. After all, Inko Midoriya has become a favorite with fans for her steadfast support and caring personality. Even when terrified, Inko holds her own to take care of Izuku, and she even made her son his very first Hero Costume with items around the house. Now, this user has done the same for her kids, and fans are glad to see real life imitating anime in this heartwarming case.

What do you make of this adorable My Hero Academia cosplay duo…? Let me know in the comments or hit me up on Twitter @MeganPetersCB to talk all things comics and anime!

My Hero Academia was created by Kohei Horikoshi and has been running in Shueisha’s Weekly Shonen Jump since July 2014. The story follows Izuku Midoriya, who lives in a world where everyone has powers, even though he was born without them. Dreaming to become a superhero anyway, he’s eventually scouted by the world’s best hero All Might and enrolls in a school for professional heroes. The series has been licensed by Viz Media for an English language release since 2015. My Hero Academia is gearing up for an even bigger end of 2019 with both a fourth season of the anime and second big anime film.