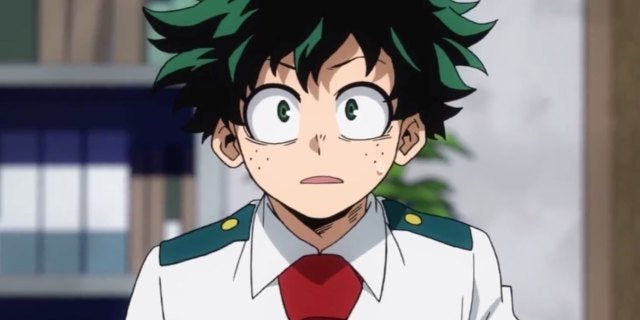 My Hero Academia stands as one of anime’s top titles nowadays. The series rose to fame as its anime grew, and that trajectory has continued this fall. Thanks to a new season, Izuku Midoriya is hard to beat, but there is still plenty left to explore. And if you need to get caught up on all things Pro Hero, don’t fear!

After all, the holidays are almost here, and that means sales are going live everywhere. My Hero Academia knows as much, and that is why the anime just got a major sale for all you digital viewers.

Taking to Twitter, fans were given a heads up on the sale. Funimation hit up audiences to inform them VUDU is hosting a digital sale on every season. You can buy the digital seasons via VUDU to stream on any device if you’re on the go, and the deal is a solid beat.

According to VUDU, both the standard seasons and the high-definition seasons are available. You can get the standard for about $12 USD which usually sells for $26. As for the high-definition version, it is on sale for $12 versus its usual $40 price tag. Clearly, the latter is the best deal if your devices can handle the HDX stream, and this My Hero Academia deal applies to seasons one through three.

Sorry, folks! There is no season four in this deal. While you can own the season on VUDU for $18 if you’d like, you will not be able to apply this discount to the season.

Will you be going in on any of these buys? Let me know in the comments or hit me up on Twitter @MeganPetersCB to talk all things comics and anime!

My Hero Academia was created by Kohei Horikoshi and has been running in Shueisha’s Weekly Shonen Jump since July 2014. The story follows Izuku Midoriya, who lives in a world where everyone has powers, even though he was born without them. Dreaming to become a superhero anyway, he’s eventually scouted by the world’s best hero All Might and enrolls in a school for professional heroes. The series has been licensed by Viz Media for an English language release since 2015. My Hero Academia will also be launching its second big movie, Heroes Rising, in Japan this December.