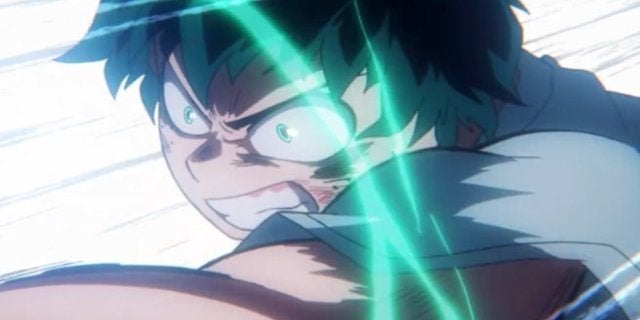 My Hero Academia has a huge world to explore, so fans know juggling its characters is an ordeal. Creator Kohei Horikoshi has done well to keep the series’ characters in play at strategic times, and the manga has put a big priority on villains as of late. But fans should not worry about Class 1-A for much longer!

As it turns out, My Hero Academia is ready to revisit Izuku Midoriya, and it will do so real soon.

Recently, the manga put out its latest chapter through Shonen Jump, and it was in this new issue fans got a big arc update. Fan-translator Aitaikimochi turned around the tease to international fans, and it confirms My Hero Academia is ready to shift back to its heroes.

“While the League of Villains were fighting against the Meta Liberation Army, what were the heroes doing,” the teaser for chapter 240 asks.

Though fans are curious, there is no clarification on who these heroes in question may be. Plenty hope Class 1-A is being talked about, but these heroes would always be professional ones like Mt. Lady or even Endeavor. After all, the manga’s latest arc was an explosive one which involved the decimation of an entire town; There is no doubt Pro Heroes would be tasked with investigating the big to-do. Now, it seems fans will have to wait until next week for clarification on the manga’s next arc, and My Hero Academia fans are hopeful Deku will have some role in it.

Are you excited to check in on Class 1-A after all this time…? Let me know in the comments or hit me up on Twitter @MeganPetersCB to talk all things comics and anime!

My Hero Academia was created by Kohei Horikoshi and has been running in Shueisha’s Weekly Shonen Jump since July 2014. The story follows Izuku Midoriya, who lives in a world where everyone has powers, even though he was born without them. Dreaming to become a superhero anyway, he’s eventually scouted by the world’s best hero All Might and enrolls in a school for professional heroes. The series has been licensed by Viz Media for an English language release since 2015. My Hero Academia is gearing up for an even bigger end of 2019 with both a fourth season of the anime and second big anime film.