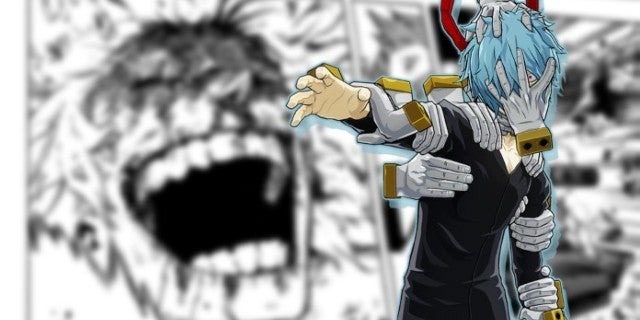 My Hero Academia‘s manga has been taken over by the villains for the last several chapters of the series as Shigaraki and his crumbling League of Villains found themselves challenged by the massive new villainous faction, the Meta Liberation Army. Like the Joint Training course did for the heroes, this villain focused arc began to show new sides of previously introduced characters. And like that arc before, the series has undergone a major status quo shift as it all winds down.

The last few chapters have shown a whole new side to Shigaraki as this arc seemed like it would dethrone the League of Villains as the major antagonist of the series when it began. But as the chapters continued, it became increasingly clear that fans were getting to know Shigaraki on a much different level than before as new chapters began to dig into his tragic back story and revealed how he eventually got involved with All For One.

After Shigaraki remembered his tragic origins, he was opened up to a new level of strength. And no matter how strong Re-Destro seemed to get in order to counter this, Shigaraki steamrolled him. This continued in Chapter 239 of the series as their fight came to an end at last. With the end of this fight declaring Shigaraki the victor, not only is he now the top of the villainous food chain, he now suddenly commands an entire army.

Series creator Kohei Horikoshi teased that the heroes would soon be returning to the series, and did so while apologizing that this was an “important” step to developing Midoriya’s story in becoming the number one hero. While this seemed vague at first, the end of the Meta Liberation Army proves that this was a crucial step in making Shigaraki a greater threat than ever before. With the heroes confirmed to be returning to the series fairly soon, fans are going to have their eyes glued to each new chapter to see just how much things are going to be shaken up from here on out. The future of the manga is going to explode for sure.

My Hero Academia was created by Kohei Horikoshi and has been running in Shueisha’s Weekly Shonen Jump since July 2014. The story follows Izuku Midoriya, who lives in a world where everyone has powers, even though he was born without them. Dreaming to become a superhero anyway, he’s eventually scouted by the world’s best hero All Might and enrolls in a school for professional heroes. The series has been licensed by Viz Media for an English language release since 2015. My Hero Academia is gearing up for an even bigger end of 2019 with both a fourth season of the anime and second big anime film too.