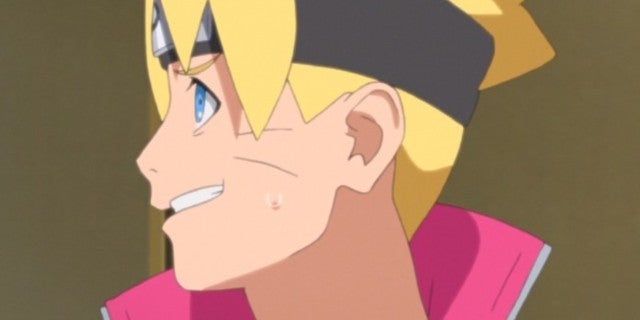 In order to set itself out from its predecessor, Boruto: Naruto Next Generations has offered a much different protagonist than Masashi Kishimoto’s Naruto. Living in the shadow of his father has caused Boruto Uzumaki to act out on several occasions, but unlike his pure hearted father, Boruto is never afraid to act on his more seedier impulses to get ahead. Wanting to get stronger at a faster rate, Boruto has been seen making murky decisions in the past.

The latest episode of the series sees Boruto make yet another off-putting decision as he lies yet again in order to get what he wants. Telling his mother and sister that he can’t visit his grandfather with them for a special training camp with Team 7, Boruto instead went off in search of Sasuke outside of the Hidden Leaf Village to bug him for more training.

In Episode 120 of the series, Boruto manages to get Sasuke’s current location by intercepting Sasuke’s latest hawk message. With this in mind, Boruto has been itching for more training by Sasuke as he’s been gone from the village for quite some time. In order to actually get there, however, his first major hurdle is getting away from his family. Telling Hinata and Himawari that he has a special training camp with the rest of Team 7 for their upcoming week off, he says he thought he told his father about it.

This lie gets even worse as Boruto tells his sister that “daily training is important for shinobi,” and brushes off the fact that she says it’ll make their grandfather sad. When his mother asks where he’ll stay for the week, he tells her that he’ll be a Mitsuki’s place. She’s worried, and wants to thank Mitsuki for the trouble, but Boruto brushes this off. She finally relents when she believes that Sarada will take care of him, but once again, doesn’t know that he’ll be alone out in search of Sasuke.

He hurries them off so he doesn’t miss the train, but as seemingly a way of the universe punishing him, Boruto eventually goes through a series of trials and shenanigans on his way to Sasuke’s location. What’s even worse is that Sasuke’s in a pretty intense battle the moment Boruto arrives. It’s like his lie has a chain effect that continues to harm those around him.

Boruto’s done things like this in the past for his own gain, with the most notable example being his cheating during the Chunin Exams arc, but this isn’t the worst lie he’s told. But these smaller moments are indicative of his more selfish ways. It’s what sets him apart from his father, but jury’s still out on whether or not those changes are for the better.