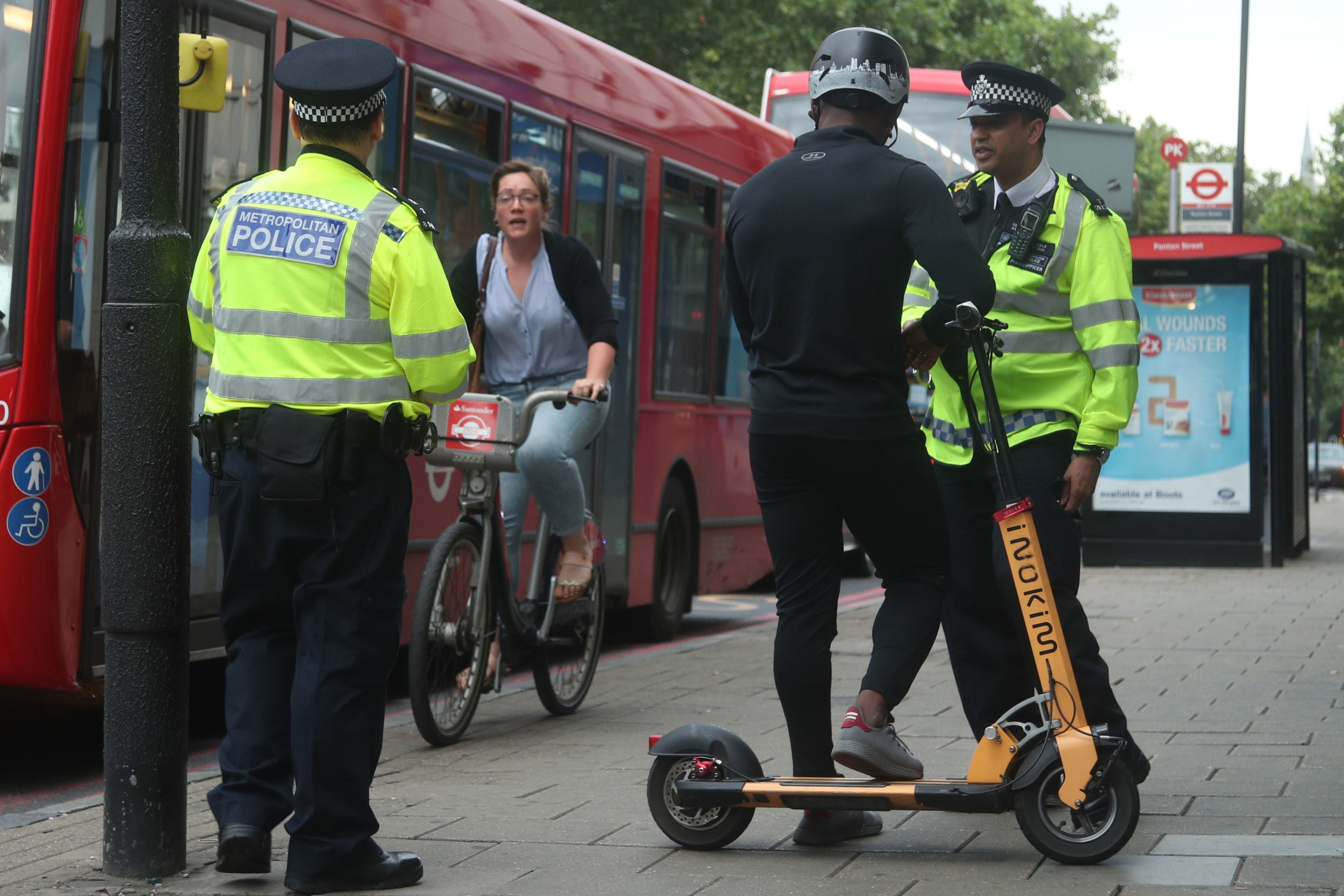 early 300 robberies, assaults, thefts and other crimes have been carried out by people on electric scooters in London in the past four months, police have revealed.

The Met’s Chief Superintendent Simon Ovens said officers had seized hundreds of e-scooters modified to reach 40 to 70 mph in a new crackdown.

He warned muggers are switching to them instead of cycles and mopeds because they are fast, silent and unregistered.

Privately owned e-scooters remain illegal on London’s roads and pavements, with riders at risk of a £300 fixed penalty notice and six points on their driving licence if stopped by police.

Chief Supt Ovens, from the Met’s Road and Transport Policing Command, said: “Where we saw bicycles and moped used in snatches, that’s what we’re now finding with e-scooters.

“We don’t want these things exploited for crime – it’s another tool the criminal can use.”

A third of the capital’s 33 boroughs have expressed an interest in taking part in rental schemes, with a year-long trial due to start next Spring.

“Geo-fencing” technology will be used to reduce scooter speeds from a maximum of about 15mph down to 8mph in “go slow” areas.

Mr Ovens urged parents to think carefully about buying children one for Christmas after three deaths in the UK.

A coroner found an under-inflated tyre was a factor in her death.

“They’re too dangerous,” said Mr Ovens. “They are not designed for roads, pavements or public places. They are too difficult to control.

“I don’t want to see more families losing loved ones after Christmas.

“Whilst we have seized e-scooters which can operate up to 40 mph, there are some which can reach 70 mph.

“There is no test required to be able to ride one which means people often do not have an understanding of the road awareness – they do not wear a helmet or have lights on them so riding one means they are putting themselves and others at risk, especially at this time of year with the early evenings.”

Police said due to their illegal use, collisions on e-scooters are underreported. In 2018, there were four reported collisions. That rose to 32 in 2019.

Operation Hornet has seized 268 e-scooters and led to 604 warnings being issued.

Mr Ovens continued: “My priority is to keep people safe on our roads and make sure people are aware of the rules and look out for their own, and others, safety.

“I believe that some people are using e-scooters as an attractive mode of transport, especially in their commute to work.

“In the lead up to Christmas, we want to remind people that if you are buying one, under current legislation, you can only ride it on private land with the land owner’s permission.

“If you are out on an e-scooter in London, expect to be stopped by officers as we continue to help keep Londoners safe.”