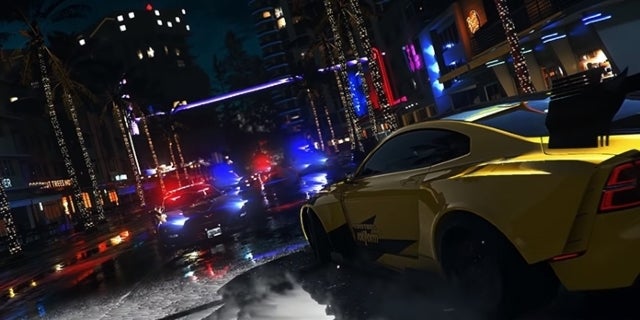 Following the official announcement regarding the upcoming Need for Speed Heat, fans were excited to feast their eyes on some gameplay. Once that arrived, many were thrilled to see what is to come in the inbound installment in the series. That said, the Need for Speed games have always done their best to bring a solid soundtrack along for the experience, and it looks like the upcoming entry is no exception. However, it would appear that the devs will be going a different route this time around as the tracks that will play during a playthrough will depend on what time of day it is in-game.

During a recent interview with VG24/7, Need for Speed Heat creative director Riley Cooper touched on the topic of music that will be featured in the upcoming game. According to them, the tracks have a few influences, with electronic and urban leading the pack. “So we’re not releasing track names right now, but generally speaking there are a few different influences,” Cooper said. “We’re going for a modern soundtrack with a little bit of a local vibe with some of our track selections. Electronic is a big influence, urban is a big influence. But a more relaxed vibe during the day, unless you’re racing, and a more dangerous vibe at night.”

The Need for Speed games have always had some pretty great soundtracks, but with the music depending on the time of day is sure to make the songs even more memorable. Needless to say, Need for Speed Heat is going to have a killer soundtrack to go along with the sizzling gameplay that was revealed recently, which you can check out in the video above.

Need for Speed Heat is set to arrive on November 8th for PC, PlayStation 4, and Xbox One. For even more information about the upcoming entry in the long running series, check out some of our previous coverage.

What do you think about all of this? Are you pretty excited that the music playing in-game will be dependant on what time of day it is in Need for Speed Heat? Sound off in the comment section below, or feel free to hit me up over on Twitter @anarkE7!