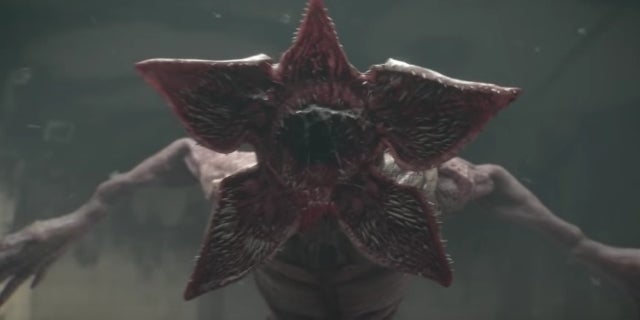 Horror video game Dead by Daylight is no stranger to epic collaborations, and it features some of the bloodiest, most ruthless monsters and killers from across a variety of franchises like Freddy Krueger, Ghostface, and more. It would seem, however, that Dead by Daylight is set to get just a little bit… stranger. It’s been revealed that Netflix‘s Stranger Things is coming to the consistently updated video game in the form of a new Killer, two new Survivors, and a new map.

“The Chapter introduces a new Killer and two new Survivors to the realm of The Entity: the monstrous, otherworldly Demogorgon is the new untamable Killer,” the video announcing the collaboration’s description reads. “Against it stands not one, but two, new Survivors: Nancy Wheeler, a tough aspiring journalist, and Steve Harrington, a former high school jock with a knack for finding trouble.”

In addition to the Demogorgon, Nancy, and Steve, the new map is an underground complex below Hawkins National Laboratory, an iconic location from the Netflix series. It’s unclear whether any new mechanics will be involved, or what exactly the Demogorgon’s abilities will be, it’s unclear whether the trailer shows what appears to be some brief gameplay or simply in-game models being used.

Think watching the Demogorgon chase Steve through an abandoned junkyard was terrifying? Try living it. Stranger Things is officially coming to Dead by Daylight! pic.twitter.com/LThfJUYNSj

What do you think about the addition of Stranger Things to the giant cast of Dead by Daylight? Are you interested in playing as Nancy or Steve? Let us know in the comments, or hit me up directly on Twitter at @rollinbishop to talk all things gaming!

Dead by Daylight is currently available for PlayStation 4, Xbox One, and PC. It is set to release for Nintendo Switch on September 24th. The Stranger Things collaboration is scheduled to release in September. You can check out all of our previous coverage of the video game right here.

Stranger Things is currently available ot stream on Netflix. Its most recent season launched on the platform on July 4th. It is expected to return at some point in the future for a fourth season. You can check out all of our previous coverage of the series right here.