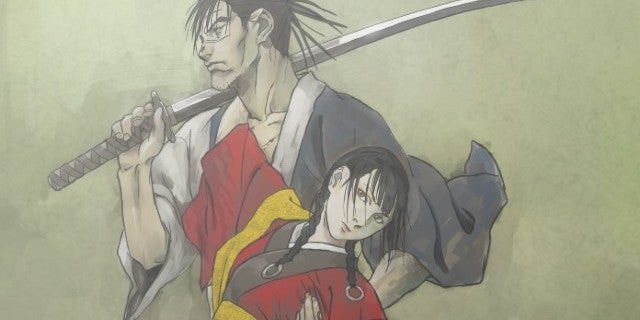 Hiroaki Samura’s Blade of the Immortal is gearing up for a big return this October as part of the increasingly competitive Fall 2019 anime season, and this new anime is being touted as a “complete” adaptation of the original series. Debuting on Amazon Prime Video in Japan, this new anime is beginning to come together as fans recently got their first full look with a new trailer. Now more pieces are starting to come in place.

A new slate of character designs have been revealed for the new series, and six new additions for the new anime interpretation include a few notable faces. You can check them out below thanks to Moetron News on Twitter.

Directed by Hiroshi Hamasaki (Steins;Gate) for LIDEN FILMS. Makoto Fukami (Psycho-Pass) will be handling the series scripts, Shingo Ogiso (The Heroic Legend of Arslan) will serve as the character designer, and Eiko Ishibashi will be composing the music. For those wanting more of the manga, the series made its official return in Japan last July.

Titled Blade of the Immortal – Bakumatsu Arc, the sequel is written by Kenji Takigawa and illustrated by Ryu Suenobu. Set in the Bakumatsu period in the 19th century, and following the Edo period adventures of the original series, the series sees Manji take on some of the strongest warriors of the Bakumatsu era.

Blade of the Immortal was originally created by Hiroaki Samura for Kodansha’s Afternoon magazine in 1993, and the series was later adapted into an anime in 2008 by Bee Train and Production I.G. The series has been licensed for an English language release by Dark Horse Comics, and even had a live-action film directed by Takashi Miike in 2017. Dark Horse officially describes the series as such, “Hiroaki Samura’s Blade of the Immortal will keep you on edge! Manji, a ronin warrior of feudal Japan, has been cursed with immortality. To rid himself of this curse and end his life of misery, he must slay one thousand evil men! His quest begins when a young girl seeks his help in taking revenge on her parents’ killers…and his quest won’t end until the blood of a thousand has spilled!”