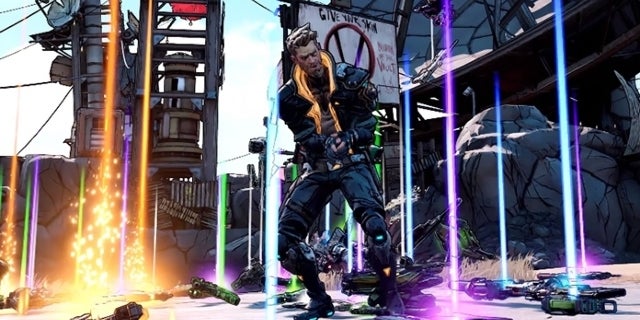 Borderlands fans have just a few weeks to go before they are able to jump into the next installment in the series, which is set to feature all sorts of new goodies. Not only will we be seeing a host of new faces in terms of Vault Hunters, but there will also be new enemies, various planets to travel to, a bounty of weapons, and so much more. Needless to say, Borderlands 3 players are going to be having some fun after the game drops. That said, a new trailer to be released by the devs offers an official guide to the Borderlands themselves, and it is certainly helpful for all players.

As can be seen in the video above, and as detailed over the past few months, there will be four new Vault Hunters for players to choose from: Amara, FL4K, Moze, and Zane. In addition to this, the big new threat is a cult by the name of the Children of the Vault, which is led by the Calypso Twins, Tyreen and Troy. The trailer then goes on to show off some of the glorious weaponry that will be featured in Borderlands 3, including the various elemental aspects that will be present.

There is plenty to unpack in the new Borderlands 3 trailer, but all of it serves as a helpful guide to what players can expect in the upcoming title. Everything from weapons and vehicles to the new planets and creatures that will be seen throughout the title are shown, which should give fans plenty of heads up before they go diving in.

In case you don’t know what Borderlands 3 has to offer, here’s more:

“The original shooter-looter returns, packing bazillions of guns and an all-new mayhem-fueled adventure. Blast your way through new worlds and enemies as one of four brand new Vault Hunters, each with deep skill trees, abilities, and customization. Play solo or join with friends to take on insane enemies, collect loads of loot and save your home from the most ruthless cult leaders in the galaxy.