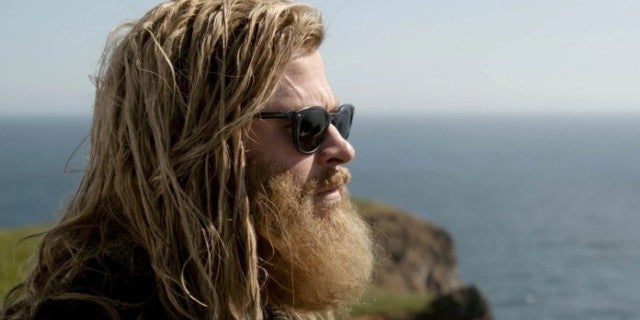 Through the past ten years, fans of the Marvel Cinematic Universe have seen their favorite characters develop throughout 23 movies. One dedicated Marvel fan has taken on the MCU’s most popular characters in Thor (Chris Hemsworth) and condensed his MCU journey to a six-minute video. Using footage from all Thor appearances, the video — from YouTuber Rav3n Edits — shows the God of Thunder transform from his arrogant, braggadocious self found in Thor to the selfless, anxiety-filled leader we see in Avengers: Endgame.

You can see the super high quality fan supercut in its entirety above!

When it comes to Thor’s massive Endgame transition, Avengers scribe Christopher Markus previously pointed out the creative team behind the film wanted to push the characters to their limits. After a five year time jump, as Markus says, Thor was particularly hard on himself, largely blaming himself for not stopping Thanos (Josh Brolin) when he got the chance.

“Because we had this five-year break, and we wanted to push all the characters to an extreme over the course of that five years, we kept coming back to, it was sort of a knee jerk, ‘Thor’s on a mission of vengeance, he’s angry,’” Markus told SYFY WIRE.

“But he was on one in the last movie, and he failed. And you don’t just go in for more vengeance, at that point. What would any of us do when faced with that much failure? You wouldn’t want to do anything but drink and try to forget that it ever happened. And so we didn’t set out and go, ‘Thor needs to be overweight and in a bathrobe,’ but he has gone to ground, in a hole, and is drowning his sorrows. And he evolved into, effectively, Lebowski Thor from there.”

Avengers: Endgame is now available wherever movies are sold. What have you thought about Thor‘s MCU journey through Endgame? Share your thoughts in the comments below or by tweeting me at @AdamBarnhardt!