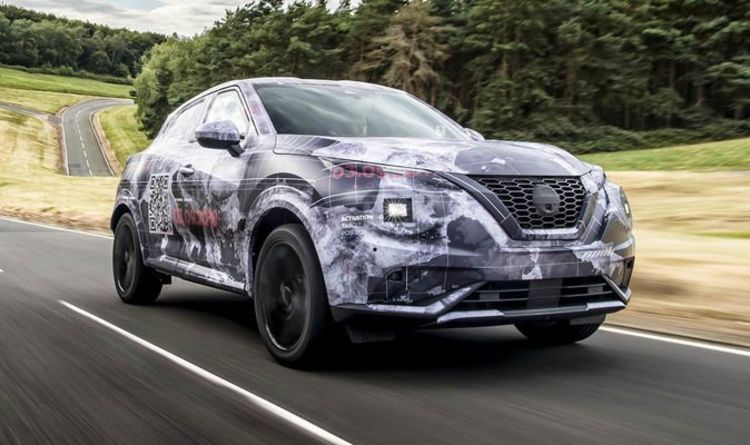 It is just a few weeks until the all-new and updated Nissan Juke will launch. Since the first Juke was launched over one million versions of it were sold, displaying its popularity. Despite its popularity, the car showed its age over the years and its design wasn’t for everyone. Now, Nissan has revamped the car changing up its design and updating the styling of it.

New pictures released of the car show the vehicle being tested at the Millbrook testing centre with a slightly camouflaged exterior.

This is the best look we’ve had of the car to date and the images show some interesting signs about how the car will look and what is changing.

At the front, the car looks more muscular due to the chunky V-Motion grille and new blade-like headlights.

Nissan has also seemingly ditched the bubble-like design in favour of something more athletic and sporty.

The roofline also looks higher and on the whole, the car looks larger than the vehicle it is replacing.

Nissan has confirmed that the B-segment SUV will have ‘sleek coupe lines, striking 19” alloy wheels and an athletic stance that set a new standard in compact crossover design.’

The changes will seemingly broaden the car’s appeal.

The Japanese carmaker has also said it has been tailored around the demands of the B-SUV market in terms of design, technology and ‘fun to drive’ performance.

It has also confirmed that the vehicle will get a flagship feature which is the ProPILOT technology which is only available on two other models lines in the vehicles line-up.

This tech will allow semi-autonomous features such as adaptive cruise control among other additional helpful tech.

The carmaker has also confirmed that the car has grown in size to make it ‘roomier’ inside and more comfortable, but there is yet no word on how.

Despite the size changes, the manufacturer said that it has not comprised how the car drives.